As teams and manufacturers ramp up preparations for the radical new rules, there have been growing concerns that the strict limit on fuel could force drivers to cruise around rather than race hard.

Renault's engine chiefs are adamant however that fuel economy will be no more of an issue than it is now, and the limit could actually open more thrilling strategic battles.

Renault F1's technical director Naoki Tokunaga told AUTOSPORT: "In terms of spectacle, I think the races will be different but still be exciting.

"At a circuit where you are limited to fuel, if you go flat out then you will not make the finish.

"Because you have to save fuel, it means there will be a difference between average power use through races and the maximum power available.

"But that then means if you need it, the maximum power is always available. So if you want to try to use it to get past another car, then you can.

"And afterwards you will then have to make up for the extra fuel used. It will mean more diverse strategies."

Tokunaga also thinks the imposition of a 100kg fuel limit is ultimately no harder to manage that how teams operate now, because they have to minimise fuel use to save weight.

"I have heard the concerns that there will be more people running out of fuel, or that people will stop racing each other to just get to the finish.

"But I don't think there will be more fuel run outs than you have today. We already start races with the lowest fuel load possible.

"We don't want to leave any fuel in the tank when the race is finished, so we have to manage fuel consumption now. It will be the same, and nothing has changed."

Although fuel economy will be important in 2014, Renault Sport's deputy managing director Rob White thinks that it will be achieved through clever engine management rather than drivers having to back off through grands prix. 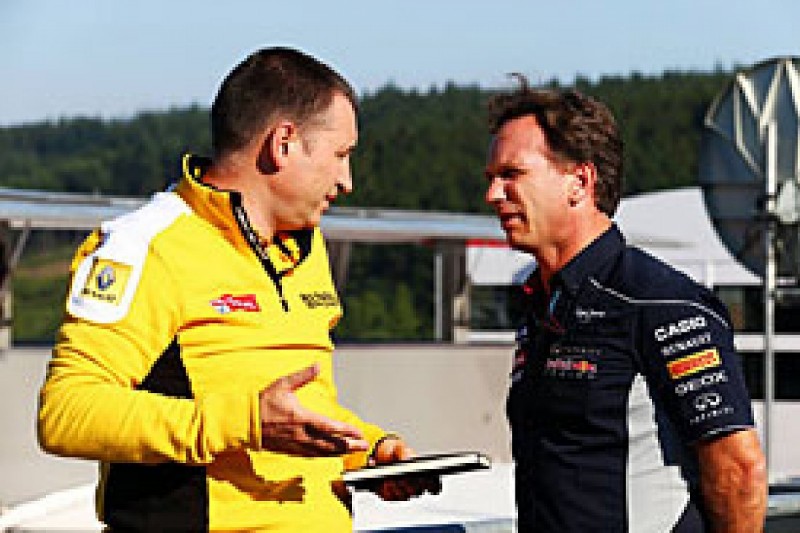 "The driver will be driving flat out with a power unit that is calibrated to not exceed the allotted fuel allowance," he said.

"It is perhaps not quite the case that we will have drivers getting sore calves because they are driving around at half throttle. It will not be like that.

"The guy that wins the race is the guy that goes fastest from the start to the end, and that is absolutely fundamental and it remains the case.

"There will definitely be some lift and coast type behaviour, because it is physics that make it fundamentally the most fuel efficient way to save fuel, and we shouldn't shirk saying it.

"But the way it is implemented will be less shocking than the doom mongers forecast."

McLaren insists it is not neglecting 2014 Formula 1 season