After seven races last season, Renault had just 18 points on the board, and it scored 57 over the entire campaign.

The Montreal result put Renault 16 points clear of McLaren in the fight for fourth in the constructors' championship.

Renault Sport F1 boss Cyril Abiteboul says that the team is almost above expectations having been best of the rest behind Ferrari, Mercedes and Red Bull yet again.

"That has to be the target, so the job is done, leaving Canada with 10 points - 10 points against most of our direct competitors, starting with McLaren," he told Autosport.

"That's good. It must be three times the points in terms of points scoring compared to this time last year.

"That's almost better than the plan."

Hulkenberg qualified seventh in Canada ahead of Force India's Esteban Ocon, who was able to jump the German at the start.

However, Renault was able to get Hulkenberg back in front by running longer than Ocon, and the same strategy also helped Sainz jump the Frenchman for eighth. 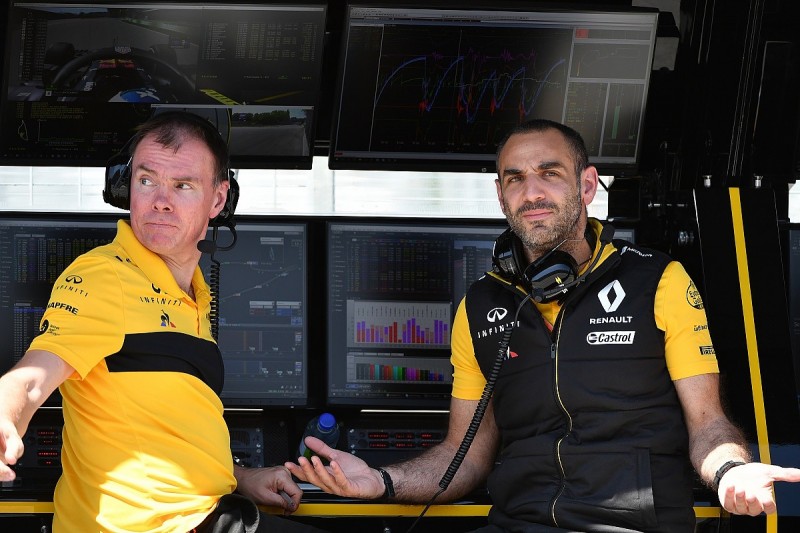 "It was a solid drive from our two guys, no mistakes," he said. "The first lap was not so easy, but it was a very good strategy to recover from Esteban after losing a position to him at the start.

"And it was also a solid race in managing the fact that we had to do a very long second stint on the supersoft, and that Esteban would at some point be a threat and pushing.

"So we also had to manage the racing spirit of our two drivers, and make sure that Nico would not hold back Carlos in his defence from any move from Esteban.

Sainz's result extended his point-scoring streak to five races, better than anybody except the top two in the championship - Sebastian Vettel and Lewis Hamilton.

The Spaniard said Canada was "a really good result for the team" and admitted that "both cars are a bit faster than expected around this kind of track, which has very long straights".

He added: "Even with very long straights we are very competitive in a straight line, competitive in qualifying, and in the race we beat both Force Indias with a well-executed strategy.

"I think we can be very proud, very positive about the result."