Verstappen has already won five grands prix at the age of 21 and has battled regularly Lewis Hamilton and Sebastian Vettel over the last two seasons.

But as Verstappen only made his F1 debut in 2015, just as Alonso rejoined McLaren to begin a four-year spell with underperforming machinery, it meant the two drivers have rarely been in the same fight during races.

This weekend's Abu Dhabi Grand Prix may well be Alonso's last F1 race as he is not racing in the championship next year.

"It's a bit of a shame I never really raced against him," said Verstappen.

"Of course he was in F1 while I was there, but I never really had a fight with him because he's always been at the back because of the issues they had.

"That's one thing I regret. I've been racing against Seb, Lewis already, and that's been nice.

"But never with Fernando, who back in the day when I was watching TV he was always the one really fighting them as well.

"So, it's nice that I raced with him, but I never got to fight against him, which is a shame." 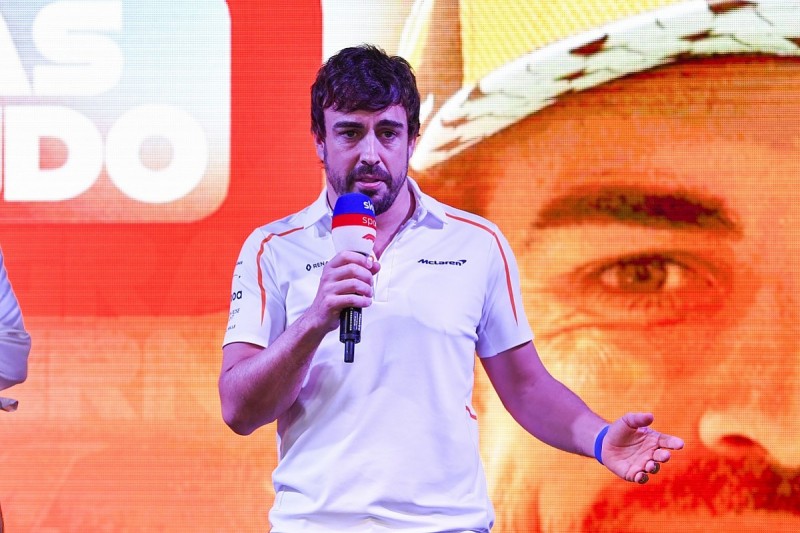 Alonso has said he feels embarrassed by all the attention he has received ahead of his farewell.

Tributes to the Spaniard have included a special car livery, overalls and a new helmet design, while all McLaren team members are to wear a commemorative T-shirt for Sunday before the grand prix.

They will also form a guard of honour when Alonso goes into the garage ahead of the race.

Alonso admitted he had been a "little bit emotional" outside the car but had a "normal" feeling in qualifying.

"When you put the helmet on, you do your job, you have so much information from the engineers - things going on trackside - [so] it is quite easy to get into the mood of the race," he said.

"You are not thinking too much it is the last time you're in that situation."

Speaking later on at a farewell party organised in the Abu Dhabi paddock on Saturday evening, Alonso said he wanted to be remembered as "a fighter, a guy that never gives up".

"I've been driving very good cars and some slower cars, but with the same motivation and the same love for racing," said Alonso, who has 32 grand prix wins to his name but none since 2013.

"It has been a privilege to drive and to work with friends I will have for the rest of my life, not only here in F1.

"We built relationships that are way beyond car racing.

"It's a strange day - it's like the last day of school, but I will not be here next year when we come back after the holidays."