On the eve of the season finale, Haas lodged a protest against Racing Point Force India, claiming that the team had broken the rules by not designing its own car.

An investigation by the stewards concluded, however, that the FIA believes the new Force India outfit was within the regulations because it had used the design of the old outfit that had gone into administration.

While Haas ponders whether to follow through on an appeal over the matter, which it has until Wednesday morning to decide, Steiner insists that the controversy was not about pushing Force India off the grid.

"Absolutely," said Steiner, when asked to clarify the protest wasn't about removing Force India from the grid, "because I want Force India to race. It was never the intention that we don't want them to race. I am fine with Force India racing."

Steiner says he has not yet had time to read the full FIA stewards' verdict on the matter, and would be unlikely to do so until after the Abu Dhabi GP weekend.

He was therefore unable to comment on whether some judgments - such as the governing body confirming that Force India is an all-new team - could boost his hand against Liberty in questions about why his competitor has been allowed to keep historical prize money.

Asked if Haas had lost the battle but won the war because of the 'new' team argument, Steiner said: "To be honest, I didn't read the whole document because we got it when we started going [in FP3].

"We have a good car, and I didn't focus enough on the weekend. That is what I enjoy. The [the protest] is not what I enjoy. I have to do it. It is part of my job." 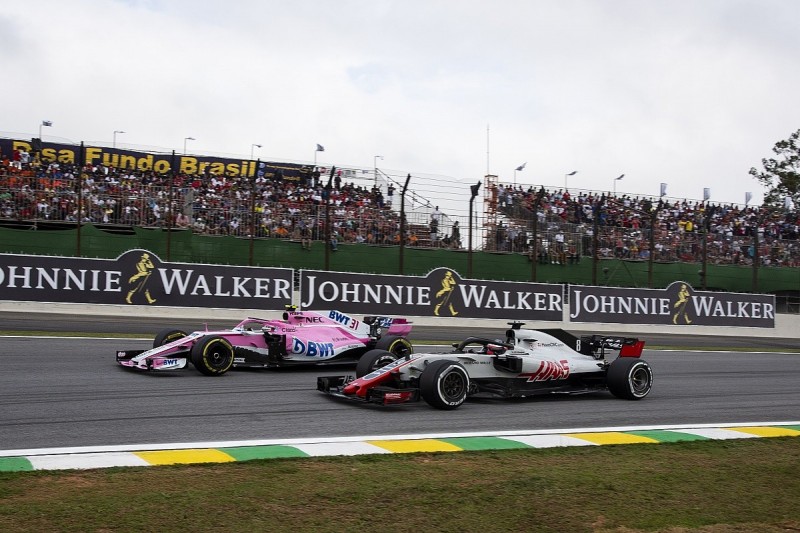 But Steiner said that his preliminary understanding from the ruling was that the FIA believed Force India should be treated as a new team.

"I got that answer now," he said. "Are they a new constructor? Yes they are.

"It was pretty clear what it says there. I need to read the detail but whatever it is, this is ruled now, so I cannot change it anyway."

Steiner confirmed also that the hearing had been useful in allowing Haas to get hold of documents - such as correspondence relating to Force India's commercial agreements with FOM - which had not been available before.

"Normally if you get more information that is food for thought, but the outcome of what it is, I don't know yet," he added.

"But more information is at least a better understanding of how this process works."