Red Bull motorsport advisor Helmut Marko says Pierre Gasly returned from his Super Formula stint a changed driver, and removed any doubts over whether he deserved a Formula 1 seat

The French driver won the GP2 Series in 2016, but Red Bull chiefs were not entirely convinced about his potential and elected to fund a season in Japan rather than finding Gasly a place on the F1 grid for 2017.

Gasly won two races in Japan and came close to winning the championship, and was later promoted to a race seat in F1 and contested the final five races of the season with Toro Rosso.

He will stay on at Toro Rosso in 2018 alongside Brendon Hartley.

Reflecting on Gasly's campaign, Marko said his Super Formula spell had been vital in preparing him for F1 and helped him to iron out the mistakes that had initially cast doubts over his credentials.

Speaking to Autosport, Marko said: "Gasly won the GP2 series in his second year, he had a bit of bad luck but he also made mistakes.

"He matured in Japan, which was absolutely essential.

"He had to learn to care for himself, which was possible there as nobody spoke his language.

"He had to get his way and he actually managed.

"He didn't win the championship because of this strange storm [that cancelled the Super Formula season finale], but he managed to get his team to the top. He was an absolute winner.

"It was the right decision to give him the time.

"Also Brendon Hartley has improved his character, now he has the experience. We expect both drivers to be in the points regularly in 2018."

Gasly shared Marko's opinion that he had been forced to toughen up during his spell in Japan.

"In a way it made me really much stronger mentally than I was in the past, and from all the experiences for me there were no bad ones," he said.

"You always learn something from it. If it's good or bad, there are always things to take with you.

"It's been a long trip, but with a lot of good experiences. And useful for me." 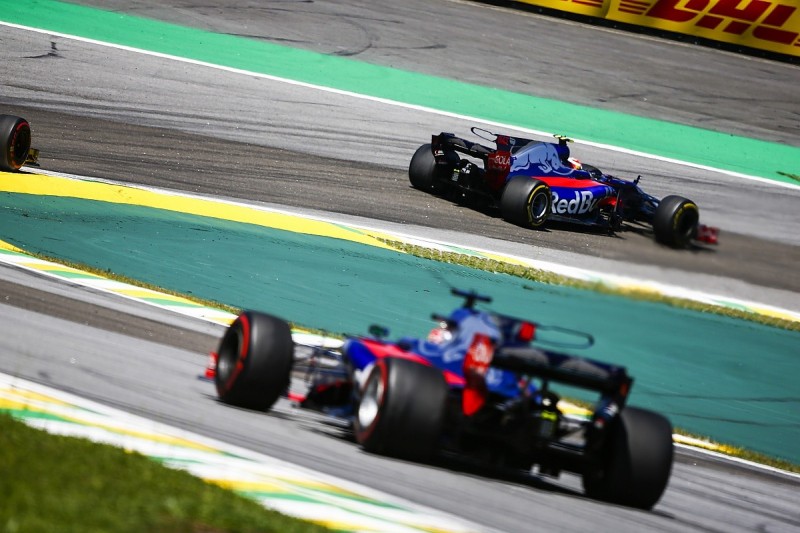 Marko said the poor run of reliability that Gasly and Hartley suffered at the end of the 2017 season meant it was too difficult to pick out which had made the strongest impression.

"It's impossible to say [who was better] because of the conditions," added Marko.

"Toro Rosso had so many engine problems. Both of the drivers were hardly able to drive.

"During a whole race weekend, Gasly hardly did 30 laps, including free practice.

"With Hartley it was similar, but he also had this dual burden (of WEC and F1). He was driving a different car every weekend.

What US racing gives Alonso that F1 can't