Ricciardo stopped out on track in the morning with a sensor alarm on a crankshaft, and then early in the afternoon there was a problem with the battery energy charger.

The double problem ignited fears of a repeat of past pre-season engine woes suffered by Renault, but Ricciardo insisted that he had no concerns - especially after a good run late in the day.

"I'm not worried," said the Australian. "Obviously it would have been nice to do more laps in particular, but the main issues were that it was for safety measures.

"We stopped running because of some sensor things, and they were giving us some warnings.

"I guess, especially from the engine side, we are playing it a bit safe and making sure that we don't do damage on day one. That is the main thing.

"For the last two hours we got some good running and hopefully that continues for the rest of the test. Hopefully Max [Verstappen] tomorrow does 200 laps."

Although Renault has not yet wound up its engine's performance fully, Ricciardo said that early indications were encouraging.

"This afternoon we were able to start to let it breathe a little bit more, and that was positive," he said.

"We racked up close to 50 laps in that last little block, so I think we took a bit away from the first run.

"It is a new car so you start to feel a few little differences. I think we cleaned them up already in the few runs we had, so it is just going to come with more running, and the last few hours gave us a lot of confidence going into tomorrow.

"We can definitely get the ball rolling from here."

Renault's problems at the start of the test, coming so soon after Toro Rosso was stopped with an ERS issue on a filming day, prompted questions over the new engine's reliability. 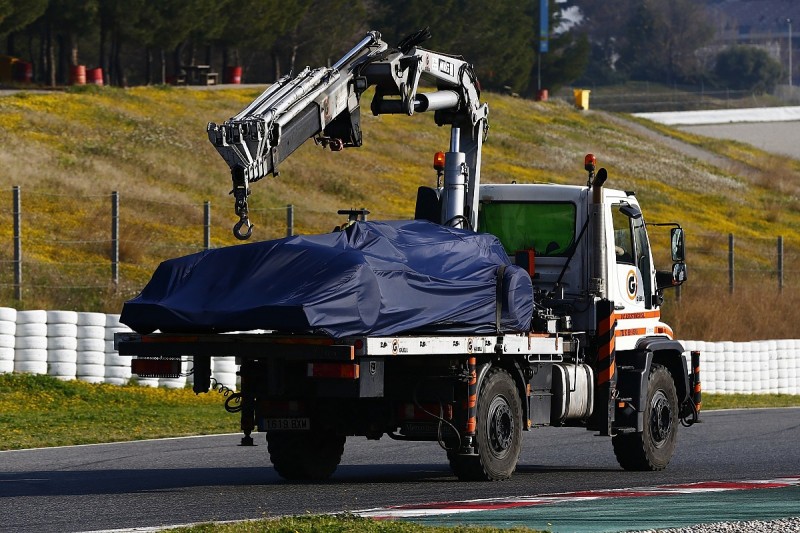 But Red Bull boss Christian Horner insisted he was far from concerned and all issues had been minor.

"I'd rather have the problems here than at the first race," he said.

"The good news is they don't appear to be major problems.

"Both other cars powered by the same power unit are running reasonably OK.

"One can only assume it's just unlucky Daniel has had two issues on his car today.

"Hopefully we can get out and do some proper running a bit later on."

With the other Renault teams enjoying a good day of running, Horner also denied that double trouble for Red Bull could be related to how his team has packaged the engine.

"The problems we have had today are nothing to do with installation," he said.

"It's nothing to do with how the car is packaged."