Red Bull team principal Christian Horner says he does not understand the criticism aimed at Max Verstappen's style of driving.

The 19-year-old delivered some outstanding drives in 2016, including when he carved through the field from 14th to third in the final 16 laps in a rain-hit Brazilian Grand Prix.

However, his aggressive defensive driving prompted criticism from rival drivers and led to the FIA clarifying the rules towards the end of the season.

"I don't really understand what they are moaning about," said Horner.

"He is doing a great job and driving the wheels off the car and he is racing hard.

"When sometimes a new guy comes along and upsets the establishment a bit then they do get a bit of criticism.

"He is not rising to that, he is keeping his head down and enjoying his racing.

"Anything that destabilises an established pecking order is always not well received.

"I don't think he has done anything wrong, he has raced hard, he is exciting and giving it everything every time he is in the car.

"He loves what he is doing, he is passionate about it.

"In Brazil, you could hear him - he wanted to go racing on Sunday afternoon - whereas a lot of others wanted to park the car." 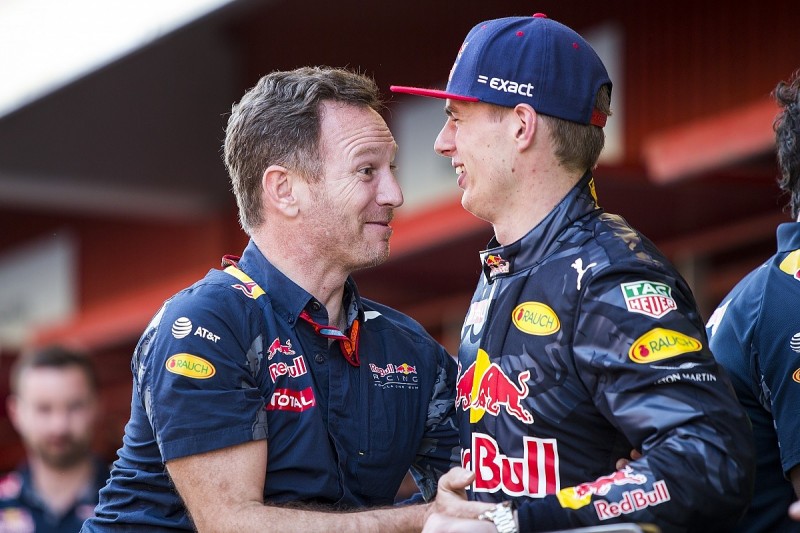 Verstappen has refused to change the way he drives, described criticism of his style as "funny" and also poked fun at Sebastian Vettel after their spat in the Mexican Grand Prix.

"Perhaps people get a little bit too much into corporate speak.

"We've got both of our drivers are honest, open individuals.

"That's why they're so engaging for the fans and why their following has grown exponentially this year compared to many other drivers on the grid."