Team principal Christian Horner said his squad was left in an "all to lose" situation in which it was unable to counter the ultimately quicker Mercedes of Hamilton.

Verstappen led the Hungaroring race from pole position and appeared to have enough to hold off Hamilton during the opening phase of the race.

But Mercedes elected to switch Hamilton to a fresh set of medium tyres so he could make an end of race charge.

Verstappen did not have enough of an advantage to cover that move by responding with a pitstop of his own, so he had to try to hold on at the front with older rubber.

In the end, he did not quite have enough pace because Hamilton was able to close a 19-second deficit and swoop into the lead with four laps to go.

Horner was adamant Red Bull did not get its strategy wrong, and says its biggest handicap was having to fight a Mercedes that was simply quicker in the race and having no other cars in the lead battle to complicate Hamilton's charge.

Asked by Autosport if he had considered bringing Verstappen in again to match Hamilton's strategy, Horner replied: "No. It was all to lose.

"If we had stopped and they had done the opposite, then they had what looked like a little bit more of a pace advantage.

"They had six lap fresher tyres and I don't think we would have caught Lewis at the pace he caught us.

"So it is frustrating that there were no other drivers in the mix because if he had dropped behind a Ferrari or even his team-mate, then it would not have been an option open to them.

"But that is the way it goes sometimes." 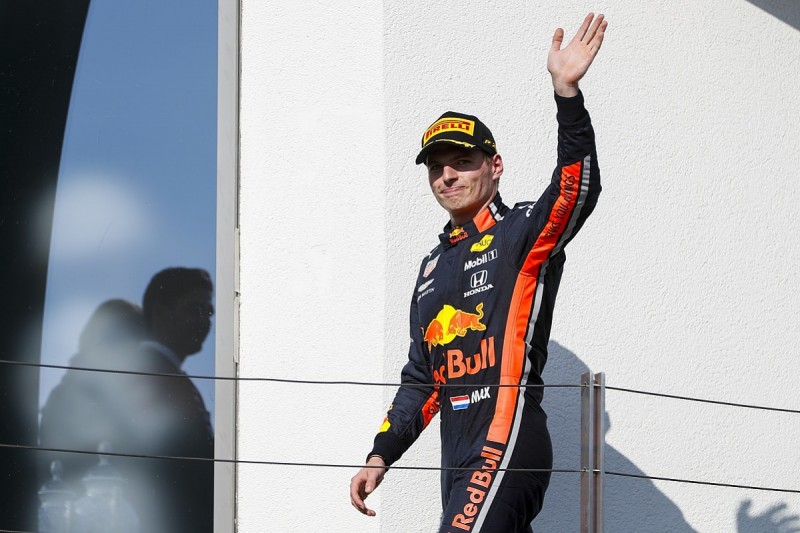 Horner said Verstappen's understanding of the situation explained why he was so calm after the race, despite having lost out so close to the chequered flag.

"He has driven with great maturity," said Horner.

"To lose a race with four laps to go is hugely frustrating, but he gets the bigger picture.

"He knew the situation we were in and he understood how the race was being read.

"To the layman you could think that Red Bull got its strategy wrong. We didn't.

"Mercedes just had a quicker car and the ability of a free stop opened up for them."