Although there is a strict chassis freeze heading into next year, introduced as part of the cost saving measures agreed by the teams in response to the coronavirus pandemic, there are some freedoms to make developments.

As well as aerodynamic surfaces remaining open to change, teams are allowed to use two development tokens to choose particular parts of the car that they want to improve.

More fundamental parts of the car will use up their token allocation in one hit, while smaller areas will use just one.

With Max Verstappen admitting recently that there were "weaknesses" in the car that would be addressed for next year, the team has hinted at a major revamp.

Red Bull team boss Christian Horner explained that while there was a lot of carry-over, there was also going to be some fundamental work done.

"Like all cars, there is a large amount of carry-over of components for next year.

"We've got the basis of a decent car. I think we know where its weaknesses have been compared to our opponents, so that's where we're focusing our development over the winter.

"Mercedes will have an extremely strong package next year, there's no doubt about that.

"But we've just got to use all the information and tools and data that we have to do the best job that we can." 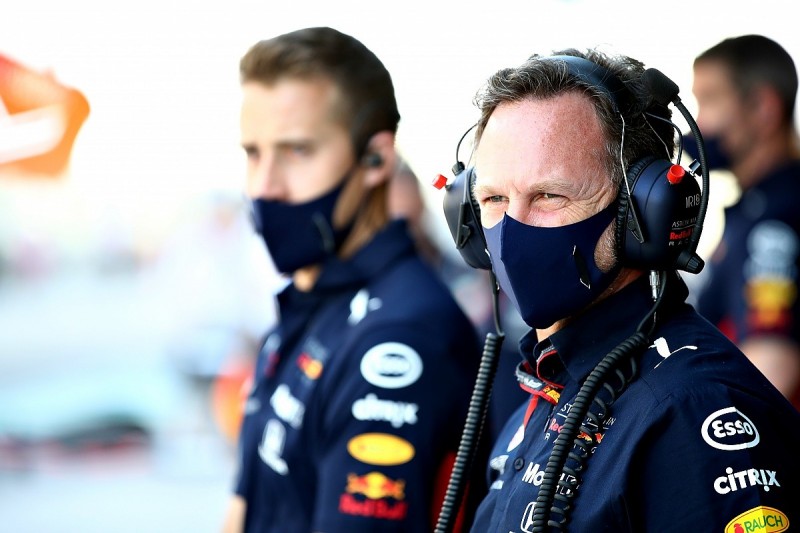 Although this year's Red Bull has suffered from aerodynamic anomalies, Horner is optimistic that those difficulties can be ironed out even with the mechanical aspects of the car staying the same.

"I think a lot of the chassis stays the same, the suspension elements obviously stay the same, and gearbox is all carried over," he said.

"It's basically the clothes that it's wearing will be different, which is obviously the aerodynamic surfaces.

"And of course, we go into a budget cap world as well next year, so the ability to develop is a bit more focused, or a lot more focused.

"It's going to be a new challenge, a different challenge next year, but I think we have the basis of a decent car.

"You can see that the car generally has got closer and closer to Mercedes over the last few couple of months in particular. That's been really encouraging."