Toto Wolff says Valtteri Bottas receives "unconditional support" from the entire Mercedes Formula 1 team, and that competing against Lewis Hamilton can be expected to take its toll

Bottas spoke on Thursday about the need to "do better" after a difficult run of form, meaning he has struggled to match the sister Mercedes car.

Hamilton clinched his seventh world title at the Turkish Grand Prix, and has won 11 races to Bottas's two this year to sit over 100 points clear at the top of the drivers' standings.

Hamilton missed the Sakhir Grand Prix after testing positive for COVID-19, but his replacement, George Russell, was able to outpace Bottas for much of the race, and would likely have won had it not been for a pitstop error and a late puncture.

Mercedes F1 chief Wolff has often spoken about the mental toughness that Bottas shows, citing it as one of his greatest strengths.

But Wolff acknowledged that losing the title to Hamilton once again would have an impact on Bottas, and reiterated Mercedes' full support for the Finn to help him bounce back.

"But he has the unconditional support within the team, and I think from year to year it makes him more eager to win.

"Winning against the best guy could probably be the biggest satisfaction that a racing driver could have. But that it takes its toll, is to be expected." 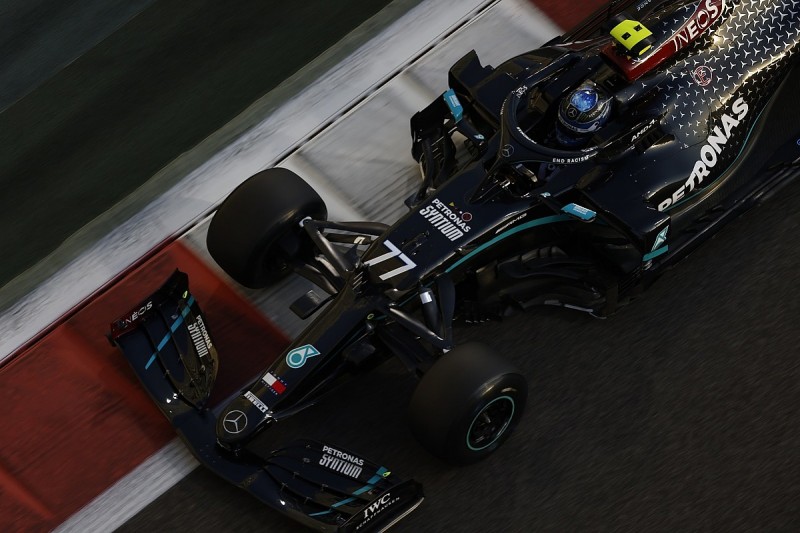 Wolff said the whole Mercedes F1 family was there to support Bottas and put an arm around him to help reassure him of his performances.

"All of us, I think it's not only me, he has this unconditional support from everybody in the team," Wolff said.

"I think he's able to pick himself up, and he has a family that does, and then he has his team-mates, all of us."

Bottas revealed on Thursday that he avoided all social media and news in the wake of his difficult weekend in Sakhir, where he finished eighth after dropping down the order in the final stint.

He was able to set the pace on Friday in Abu Dhabi, leading Hamilton by two-tenths of a second in FP2.

"It's nice to see him healthy and back," Bottas said of Hamilton's return.

"For sure you don't wish anyone to have that virus.

"Apparently it was not that mild, so it's good to see him happy being back in the car.

"I'm just really focusing this weekend on my own work, mentally trying to be in a good place and take it lap by lap.