A fortnight after his Azerbaijan Grand Prix victory, Daniel Ricciardo showed encouraging pace at the Red Bull Ring on Sunday as he finished six seconds shy of race winner Valtteri Bottas and held off the second Mercedes of title contender Lewis Hamilton in the closing laps to claim third place.

With the next run of circuits on the calendar not expected to affect Red Bull as much as the power-dependant Baku and Red Bull Ring tracks, team boss Christian Horner was confident of making further gains.

"We're hoping that getting to some more conventional circuits again, we should be able to narrow that gap down," said Horner.

"You can see that when Hamilton got the instruction to turn up the engine for the last 10-15 laps, that was worth between 0.4-0.5s, we could still maintain our position.

"We finished within 10 seconds of the grand prix winner, and without any safety car.

"We definitely have narrowed the gap and there is more in the pipeline.

"Everybody in the factory is working tremendously hard. 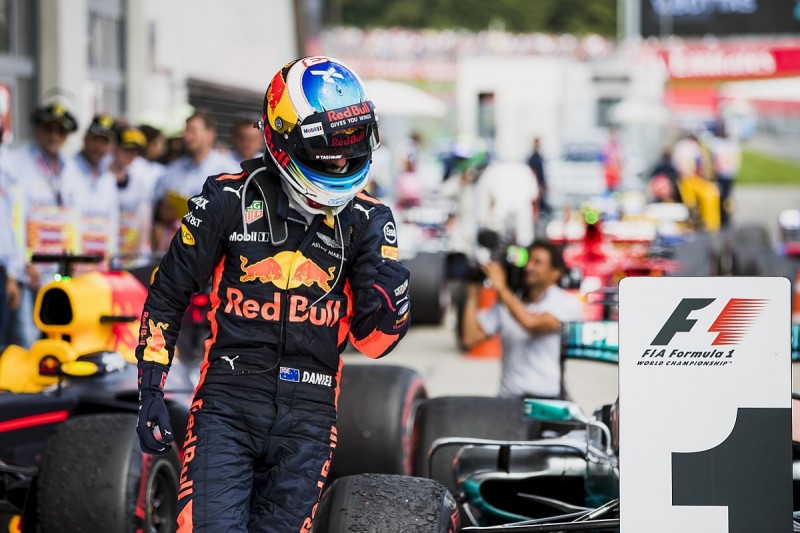 Horner added Ricciardo - who has now finished on the podium in each of the past five grands prix - was performing at the top of his game.

"The way he drove in Austria, with not a single mistake.

"He nailed the first lap, the pass on Kimi [Raikkonen] was firm but fair and then really, the last 10 laps were all qualifying laps.

"He had to make hay in the second sector to try to at least be out of the DRS zone or 0.8s up the road on the start-finish line to not give Lewis a sniff of being past him. And he did that.

"Again it was huge pressure, like in Montreal, and he has absolutely delivered.

"He has nailed five podiums in a row now including a grand prix victory at tracks that we didn't feel would be our best.

"The last three circuits exposed some of our weaknesses too, so to have had two thirds and a win is pretty decent."