Red Bull entered the season with trepidation following a trying 2015 campaign where it fell out with engine supplier Renault as the French manufacturer struggled for performance.

But the relationship has started to heal this year while Renault has made changes behind the scenes and steps forward with the power unit.

And while Red Bull started the season behind Ferrari, it developed into the second best team and only outfit other than Mercedes to win a race in 2016.

"This year has been a great year for the team," said team principal Horner.

"We came into the season with very low expectations, being in the top five in the constructors' looked like it was going to be a challenge.

"So to have come away having finished second in the constructors' championship, third in the drivers' championship [through Daniel Ricciardo], having won two grands prix, a pole position in Monte Carlo, 16 podiums, having had Ricciardo complete every racing lap of the season with 100% reliability has been an enormous progression from 12 months ago."

During the season opener in Australia, Red Bull's 'supertime' - a team's fastest lap from any session over the weekend, converted to a percentage with 100% representing the outright fastest - was 102.090%. 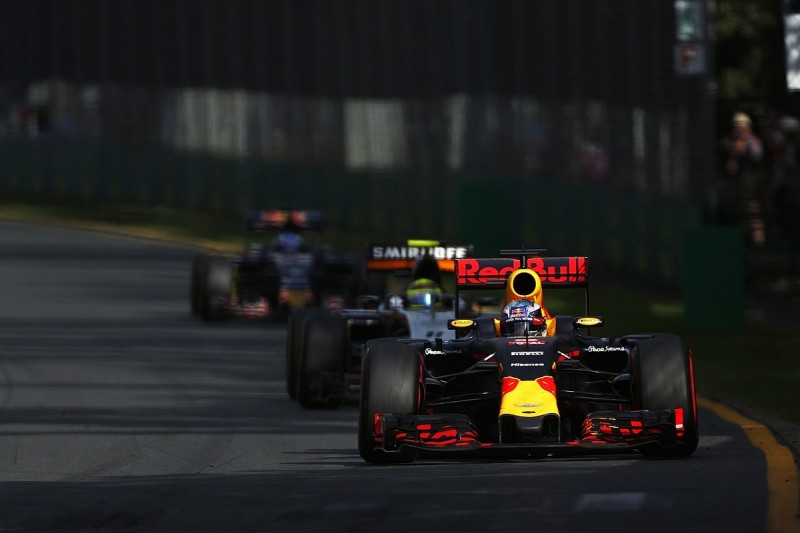 That put it fifth in the pecking order, behind Mercedes, Ferrari, Toro Rosso and Williams. It was 2.090% adrift of pacesetter Mercedes.

The regulations will be overhauled next year to allow for faster, wider cars with bigger tyres and fewer restrictions on engine development.

Nonetheless, Horner remains confident the gains and lessons learned during this campaign will bode well from the future.

"Despite new regulations coming along for next year, which obviously are an unknown to everybody, we take an awful lot of benefits and positives out of this year going into the close season," he said.

Rosberg's rocky road to recognition - but not acceptance