Red Bull is prepared to wait until the start of 2018 for Daniel Ricciardo to decide his Formula 1 future, if that means it can retain him

Max Verstappen has recently agreed a contract extension and Red Bull has been clear that it wants to lock down Ricciardo until the end of 2020 too.

Red Bull would like to sort the matter out before the end of this year, but Ricciardo wants to wait until the racing is under way in 2018 so he has a better idea of what each team offers.

Red Bull team principal Christian Horner has underlined to Ricciardo that he wants him to stay, and understands why he is in no rush to finalise his plans.

"The next move that he makes at 28 years of age is a very important one for him, so I am sure he is going to take the time to make sure that the decision is right for him," said Horner.

"But he knows the intention very clearly, I've discussed it with him.

"We want him in the team, and if that takes another six months then so be it.

"He enjoys being within the team and he sees the quality and capability in the team.

"He knows how we go about our racing, and how we treat the two drivers - which he is extremely comfortable and happy with.

"I think he is keen to see what engine performance looks like next year, which is understandable.

"Obviously I would like to have it done sooner, but if it takes six months for the same result then so be it." 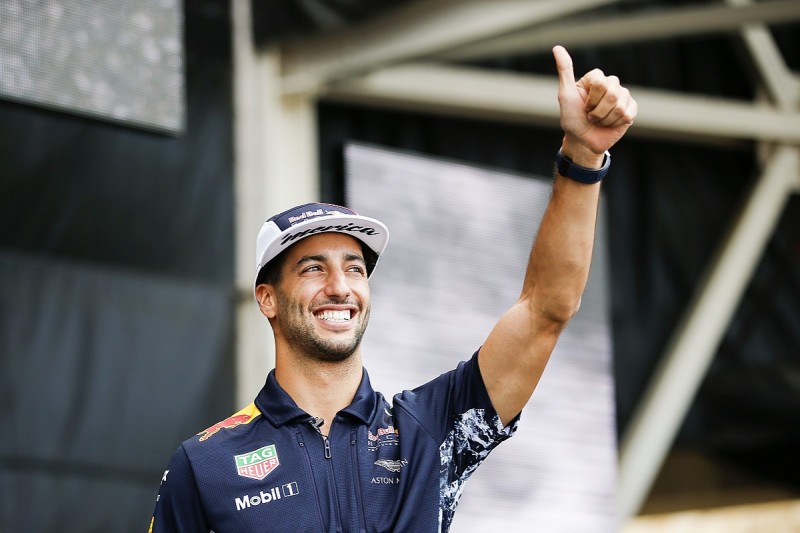 Horner is well aware that as Ricciardo is a free agent at the end of 2018, Red Bull cannot stop him signing for a rival.

But Red Bull is relaxed about the situation because it could recall Carlos Sainz Jr from Renault if required.

"We have a safety net but our number one objective is to retain the pairing that we have."

Ricciardo has been part of the Red Bull stable since the start of his junior career, arriving at the main Red Bull Racing team for the 2014 F1 season.