The Red Bull Formula 1 team is planning to take a strategic engine penalty hit at the Italian Grand Prix, according to team principal Christian Horner

Horner suggested the failure was "energy recovery related" and therefore the fault of engine supplier Renault.

With power circuit Monza next up, Horner feels the team would be best served swapping engines there and taking sacrificial penalties as he believes the following race in Singapore gives Red Bull a chance of repeating its podium result from the similarly twisty Hungaroring.

Both Ricciardo and Kvyat have already had a 10-place grid drop at the Austrian GP for taking their fifth power units of the season.

Asked whether Ricciardo would require a new engine at Monza, Horner replied: "I'm fairly certain we'll be taking new engines with both cars.

"Cconsidering the amount of races left it is inevitable we'll be staring down the barrel of probably our next penalty. Strategically Monza is the most likely.

"We don't want to be going into Singapore with old engines or any risks as that is really our next chance to shine."

Horner has often expressed his bitter frustration with the Renault power unit this season, with the team now considering terminating its contract with the French manufacturer at the end of this campaign, a year before the deal between the two is due to expire.

Although insisting all talk surrounding the situation is "speculation", Horner said the problems within Renault run deep.

"You need to do a root-and-branch review. There are some very capable people around, but it feels under-resourced," said Horner.

"You can see the effort and commitment that is going in from Mercedes, and the commitment from Ferrari as well - an enormous amount of resources being committed. 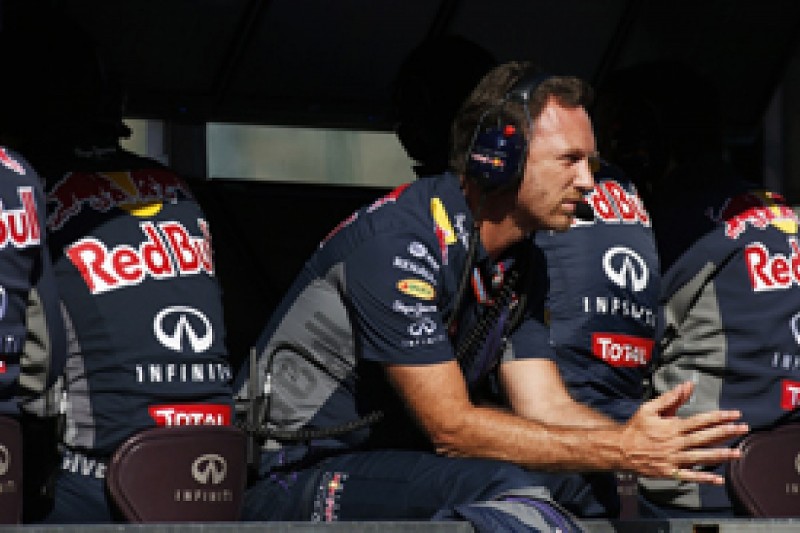 "For Renault it is as big an issue as it is for us, but they can't afford to have the negative publicity from an uncompetitive engine.

"As with all of these things there's no silver bullet. It's probably an element of everything [required to be competitive] - equipment, personnel and the finances."

With Renault close to finalising a buy-out of Lotus - although it has also held talks with Force India - Horner is waiting for the French firm to make the first move before Red Bull commits to its own long-term plans.

"We've heard Dietrich Mateschitz's comments earlier in the year, it's important to not take them too lightly," said Horner, referring to the billionaire owner's remarks regarding quitting F1.

"We want to hear what Renault's commitment and plans are for the future, what that entails, what that involves.

"Whether that is as an engine supplier or a team owner, they've got to have a competitive engine, unless they decided to stop.

"Once we understand that we can make a plan."