Grosjean, who was due to be seventh on the grid, lost control on a reconnaissance lap while accelerating up the hill out of Juncao onto the pits straight.

His Haas spun into the wall and was ruled out of the race with suspension damage.

Grosjean said he had no explanation for why the car suddenly got away from him.

"I was going up the hill, trying to go back to the pit, and I spun. I wasn't even flat-out.

"It just looks like there was no grip at that point, I picked up wheelspin, I spun and I crashed.

"There was nothing I could do to control it.

"I feel so bad for the guys, because we had a good starting position and I was just going to the grid and I was not even pushing." 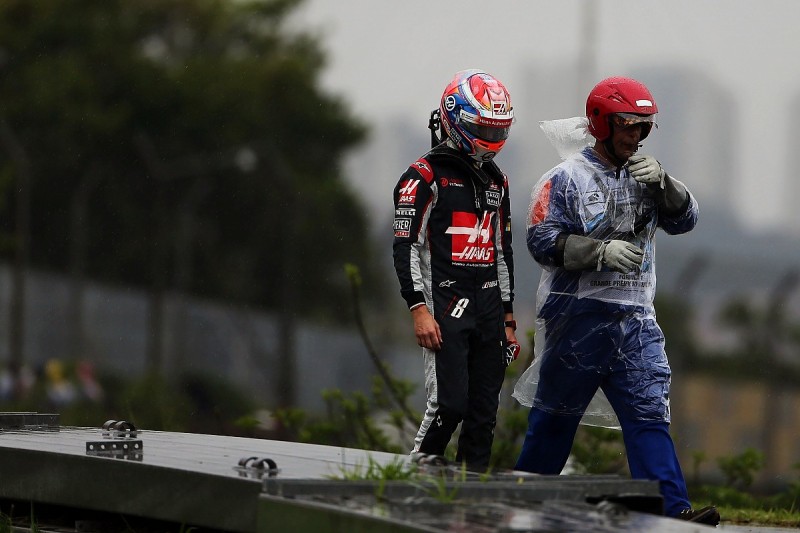 Grosjean had to the medical centre for a check-up due to the force of the impact and was given the all-clear.

Team boss Gunther Steiner said the incident was "one of those things which happens sometimes" and did not lay the blame at Grosjean's door.

"It's circumstances for sure," he said. "The conditions were tough out there and they played a role in his exit.

"He just lost the car in the corner and that was it from him."

Was Hamilton or Verstappen the hero of Brazil?