Red Bull has made a breakthrough with the aerodynamic development of its 2017 car, according to team boss Christian Horner

The team opted for a more simplistic, low-drag design for the RB13 compared to its predecessors, but suffered a significant performance deficit to F1 rivals Mercedes and Ferrari early on.

A significant upgrade ahead of round five in Spain enabled Red Bull to qualify within six tenths of pole for the first time this year, and it reduced that to just over three tenths in Monaco.

Canada, as expected, was tough given the nature of the track but the team still secured a third-straight podium with Daniel Ricciardo, while Max Verstappen ran second before retiring with a suspected battery failure on his Renault engine.

"We've understood some of the correlation issues," said Horner.

"We've learned which tools to trust and in which area.

"That's given a clear direction and in the last races in particular, every race, we've made progress.

"We've definitely closed the gap. In Canada, we were racing a Mercedes with Max.

When asked if designer Adrian Newey had ramped up his involvement during the time in which Red Bull made progress with understanding its car, Horner replied: "Adrian is heavily involved in the direction and development but he wasn't not involved over the winter.

"He's stepped things up since Barcelona test this year." 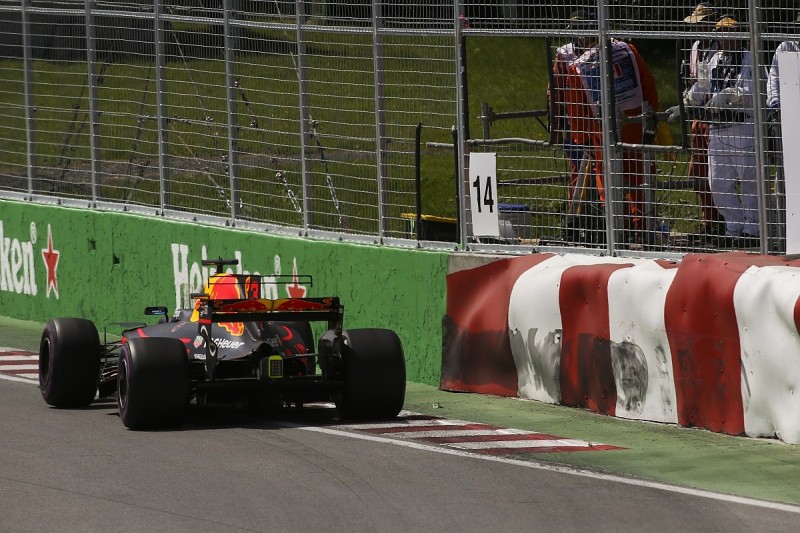 Despite Red Bull's solid performance in Canada, Horner still thinks the team will struggle on the upcoming low-to-medium downforce tracks at Baku and Spielberg.

"The next two races will be tough for us," he said.

"It's encouraging the progress we are making.

"We've had great starts again here, which compensates a little bit for what we miss out on a Saturday afternoon.

"We'll go to the next two races and try and take as much out of those events as we can."

Renault is not expected to introduce another major upgrade this year, but instead will introduce a series of small steps forward.

"The Renault guys are working hard at that to try and close that deficit down," said Horner.

"Engine number three will hopefully be around Austria time.

"Our fuel partner is doing a great job in finding performance there so it's a matter of pushing in all areas."

Toto Wolff says the FIA should take a robust stance and show "integrity and leadership" if Formula 1 teams are proven to have busted the 2021 budget cap.