Red Bull believes there is less of an emphasis on engine power around the high-speed Jeddah Formula 1 circuit than expected amid its ongoing battle with Mercedes.

Red Bull has struggled to match Mercedes for straight-line speed at points in recent races, most notably in Brazil when Lewis Hamilton fought back from being excluded in qualifying to win the race.

More than three-quarters of the lap around the Jeddah Corniche Circuit is taken at full-throttle, which appeared to play towards the strengths of Mercedes’ current package.

Hamilton led both FP1 and FP2 for Mercedes on Friday, but Max Verstappen was able to finish the day within two tenths of a second of his title rival. Verstappen leads Hamilton by eight points in the drivers’ championship with two races remaining this season.

But Red Bull team boss Christian Horner said after second practice on Friday that the track was tighter than expected, meaning engine power was not proving to be so crucial.

“The circuit’s a little bit tighter than the data suggested,” Horner said on Sky Sports F1.

“The corners are a little bit tighter. It’s not all the emphasis on horsepower that we thought it was going to be. So that’s encouraging.

“You could see there’s a tenth or two between the two cars, between the drivers. On this type of circuit, you can find that, and that’s really encouraging for us.”

Red Bull queried Mercedes’ rear wing design in Brazil after noting a big difference in straight-line speed, and threatened to protest in Qatar two weeks ago.

The FIA introduced additional rear wing checks during the Qatar weekend that did not have any regulatory impact, but left Red Bull satisfied. 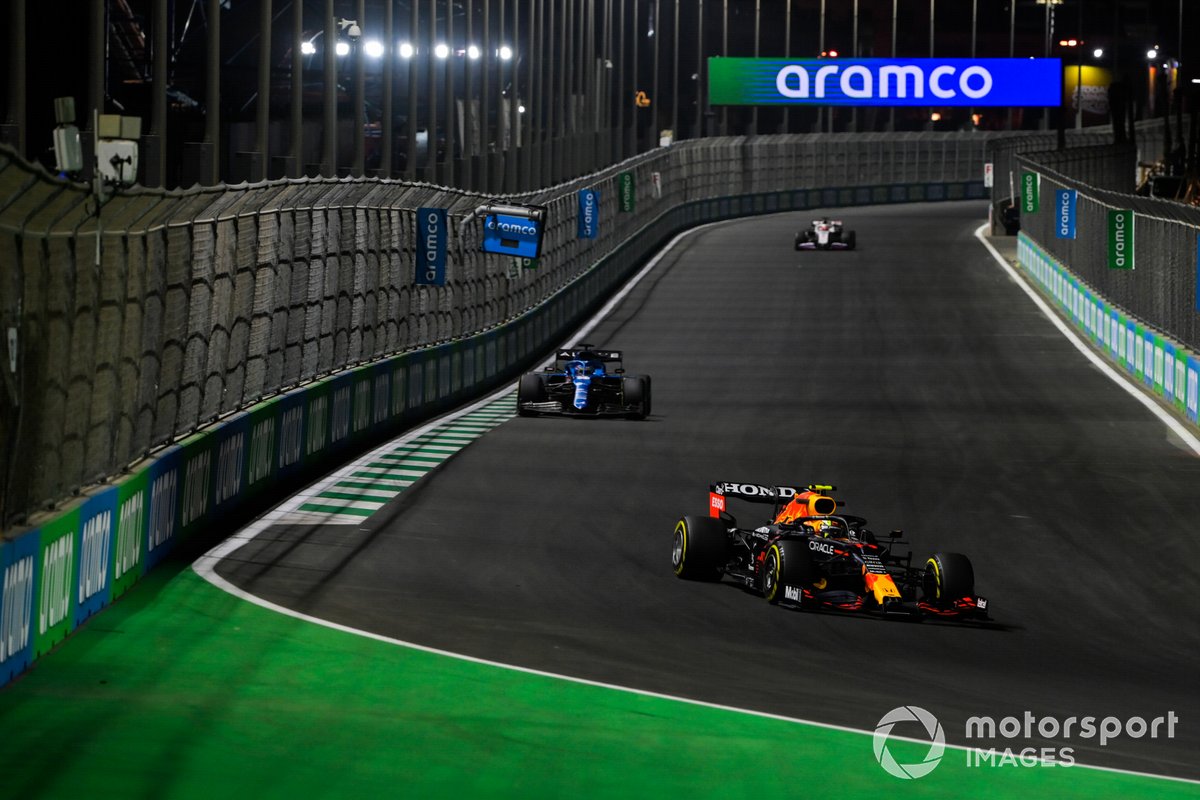 “I think after the new test was introduced in Qatar, I think that we’ve seen convergence on speed,” Horner said on Friday in Saudi Arabia.

“We’ve seen very similar speeds here again today. So that’s encouraging, and hopefully that will remain the case this weekend and next weekend.”

Verstappen focused on hard tyre running through much of first practice in Jeddah, but struggled to match Mercedes’ pace upon switching to the softer compounds.

PLUS: How F1 teams and personnel react in pressurised situations

“We struggled to get heat into the tyres in FP2, which we will of course look into,” Verstappen explained.

“Then we made a few changes from FP1 to FP2 which didn’t quite work but hopefully we can find the right balance come qualifying.”

“We felt very strong on the hard tyre, and the softer the compound we went, the more of a diva the tyre becomes to switch on and to get the maximum out of,” Horner added.

“There’ll be a lot of analysis going into that tonight, outlaps and preparation and all of that kind of thing.

“I don’t think from listening to the comments that we’re alone in that. I think there were others struggling to get the car in the right window.

“But once you unlock that, you can see there’s a lot of performance there.”