Max Verstappen has been assured that he will not be shifted into a supporting role for Daniel Ricciardo, despite the big gap between them in the 2017 Formula 1 standings

Ricciardo's run of good form in recent races has left him 64 points adrift of championship leader Sebastian Vettel, while Verstappen is a further 62 points adrift.

But with Vettel splitting points with Lewis Hamilton and Valtteri Bottas, Red Bull could find itself in a situation where if Ricciardo's places are maximised through team orders then it could help the Australian close the gap to the front.

Red Bull team boss Christian Horner is not convinced such a tactic is worthwhile though, because he thinks the deficit to Vettel is too big to consider a championship assault.

"We don't consider ourselves to be contenders in this championship at this point of time.

"We want to go to every GP, give it everything we can and close the gap."

When asked whether Verstappen would remain free to race and beat Ricciardo, Horner said: "Absolutely.

"But 64 points at not the halfway point of the season, you've got to be a fair optimist to start issuing team orders at that point."

Horner is also convinced that Verstappen will quickly be able to bounce back from his run of bad luck, which continued in Austria last weekend. 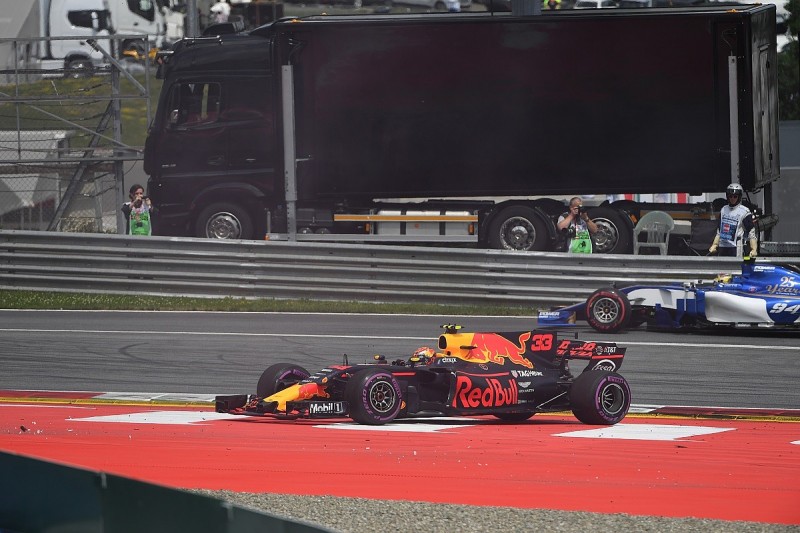 Verstappen suffered a clutch problem at the start before being forced out of the race following a crash at the first corner.

When asked how frustrated Verstappen was getting, Horner said: "Despite his years, he has actually got quite a lot of experience and he has had similar issues in his karting career and so on.

"What he is actually taking a lot of heart from is that the car is getting stronger and stronger and [Austria] was arguably our most competitive race this season - and certainly since Monaco and particularly on this layout of circuit.

"You can see all race that in sector two, which is the twisty bit, we were the fastest car throughout the grand prix compared to the Ferrari and the Mercedes there.

"So you can see that progress is coming - and when it does come his way, as is so often the way in sport, he could end up winning three races on the trot by not necessarily changing anything that he is doing. It will just turn for him.".

Plus
Plus
Formula 1 12 min
Jonathan Noble