A frustrated Kimi Raikkonen has urged his Alfa Romeo Formula 1 team to “wake up” and find more performance from the C41.

Raikkonen made the comment via team radio after finishing the British Grand Prix out of the points in 15th place.

The Finn had gained places at the start in both the Saturday sprint and in the grand prix itself.

He spent the latter part of the main event battling with Red Bull's Sergio Perez, but lost any chance of making the top 10 after contact led to a late spin.

Raikkonen has scored only one point so far in 2021, when he finished 10th in Azerbaijan, while his team-mate Antonio Giovinazzi also only has a 10th place to his name.

The Hinwil team stopped development of its 2021 car several weeks ago, apart from the work required to meet the stricter rear wing deflection tests.

After the flag at Silverstone, Raikkonen’s engineer suggested that he could have been finished 10th without the contact with Perez.

“Maybe, or maybe we need to make the car fast, it’s simple,” he replied. “It’s impossible to fight against them. Same this, same that, and try to fight with the other cars. Come on, we’ve got to wake up and do something.” 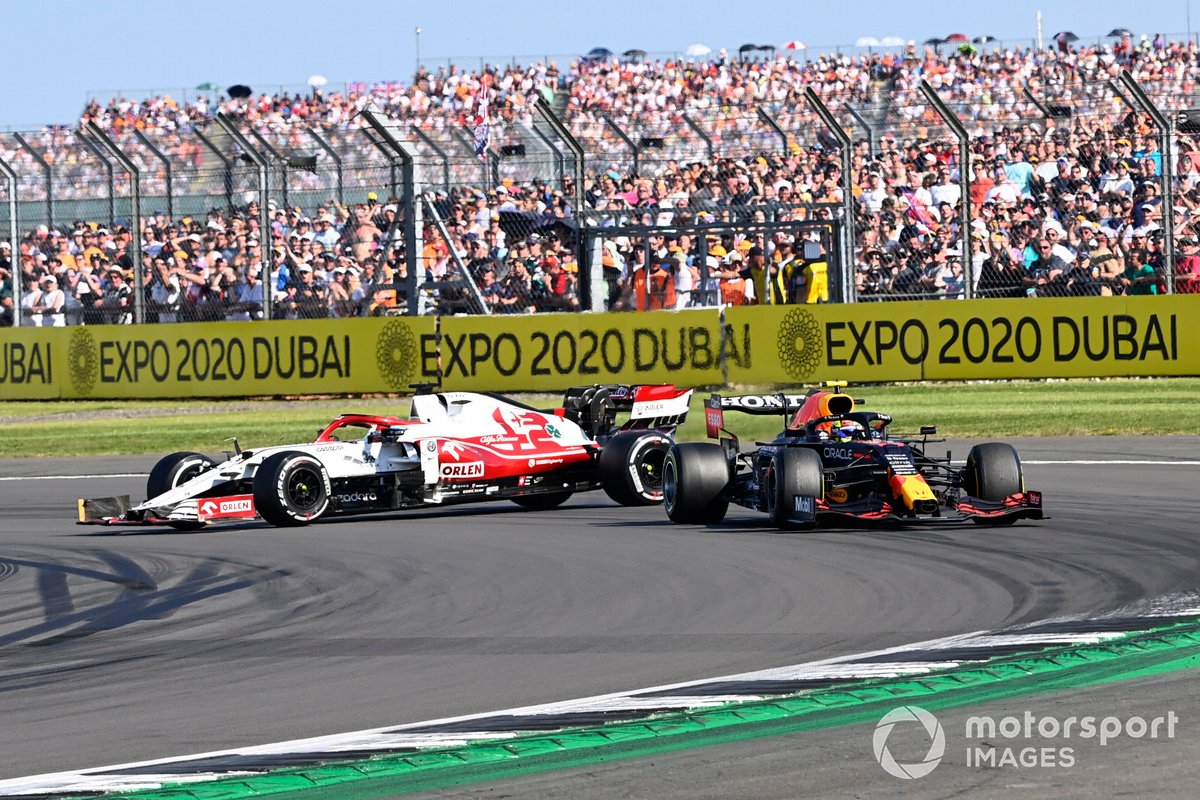 Later Raikkonen admitted that it had been a tough afternoon that saw him defending rather than attacking.

“We kind of expected it was not going to be an easy race for us here and that’s how it turned out to be,” he said when asked about the Silverstone race. “After the start we were pretty OK, but the longer we go, the more I’m watching in the mirrors more than forward.

“We tried to fight, but it wasn’t enough here. Maybe at some other track we can be a bit better off, but you know, what can you do?”

Regarding the incident with Perez he said: “I think over the race we had some battles, and obviously they were a lot faster. But I managed to keep him behind quite a long time.

“And in the end we were a couple of corners next to each other and then I was outside the previous corner, inside the next, and I don’t know, maybe he didn’t see me, but I ended up spinning and that’s about it.

“I was OK there and then suddenly he just turned in and then I went. But I’d much rather fight for the position. Finishing 11th or 12th doesn’t really help us.”

Alfa’s head of track engineering Xevi Pujolar admitted that the team is lacking the pace to score points on merit at the moment.

“We knew again that we would be fighting close to the points,” said the Spaniard. “And then if something happened in front we can get quite close. But we’re missing a bit more.

"We tried to go on the aggressive side with Kimi, boxing quite early, but we needed a bit more pace to get close to the points in the middle of the race.”

The seven-time F1 champion has been lumbered with a duff car before the 2022 Mercedes. Back in 2009, McLaren’s alchemists transformed the disastrous MP4-24. And now it’s happening again at his current team

The seven-time F1 champion has been lumbered with a duff car before the 2022 Mercedes. Back in 2009, McLaren’s alchemists transformed the disastrous MP4-24. And now it’s happening again at his current team