Kimi Raikkonen feels that Ferrari has made progress with its Formula 1 power unit over the winter, saying its engine is “in a better position” than it was in 2020.

Ferrari’s struggles followed a private settlement with the FIA over its 2019 power unit, and left both the works and customer squads slumped at the bottom of the speed traps.

It limited Alfa Romeo to eighth place in the constructors’ championship, only beating fellow Ferrari customer Haas and Williams.

Ferrari opted to overhaul its power unit for 2021 in a bid to recover, with the first extended run-outs for the new engine coming during pre-season testing in Bahrain this week.

Asked about the progress made by Ferrari’s power unit, Raikkonen said he could feel that a step forward had been made over the winter, putting Alfa Romeo in better shape for the new season.

"I am sure they've made progress, and it's better,” Raikkonen said.

“But then you would expect that the other manufacturers have also improved.

“But yeah, comparing what we had last year, it is in a better position.

“We’ll have to wait to see where it is once the racing stars, but it's definitely helpful for us.” 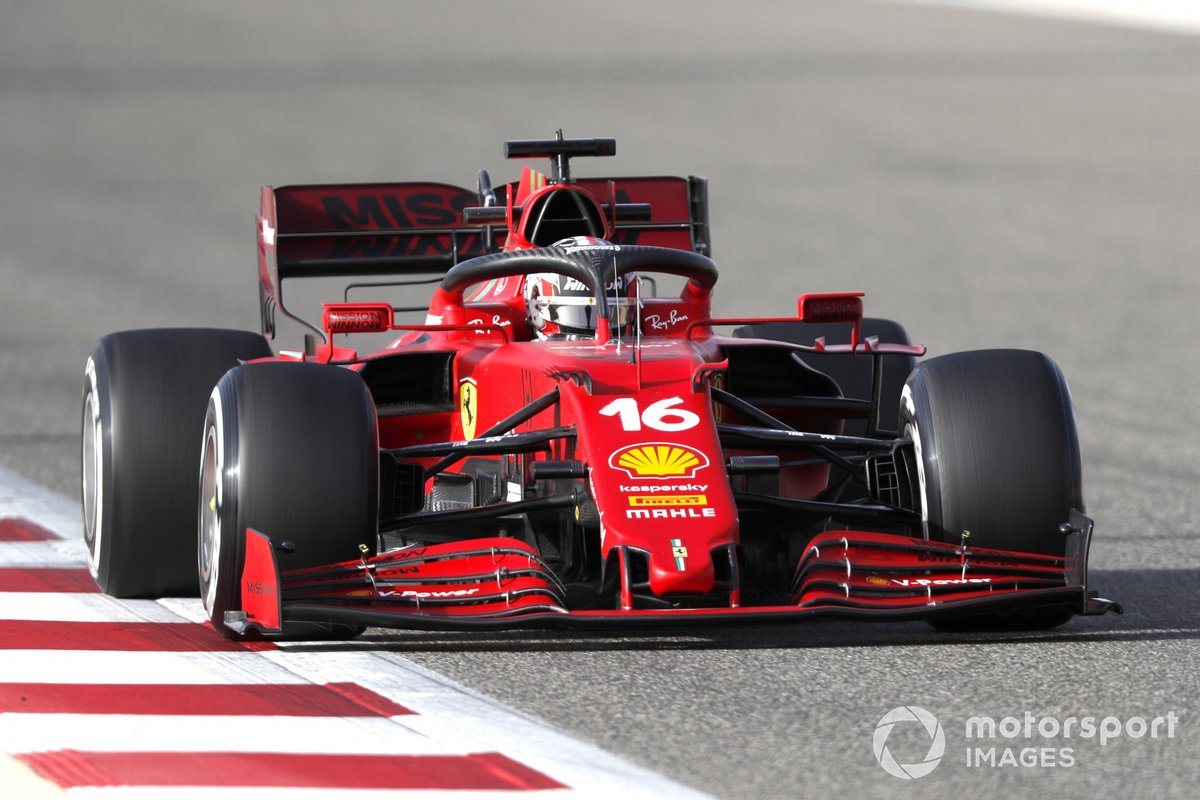 Ferrari driver Charles Leclerc echoed Raikkonen’s comments about the new power unit, but refused to read too much into things in the early part of testing.

“Everything feels quite good, but again, it's very difficult to comment now,” Leclerc said.

“Nobody’s pushing everything to its limit, especially in those conditions. So, for now it's early days but everything feels good and it stacks up with what we expected.”

Raikkonen sampled the new Alfa Romeo C41 car on the opening day of pre-season testing in Bahrain before sitting out Saturday’s running as team-mate Antonio Giovinazzi completed both sessions.

Raikkonen will return to the cockpit on Sunday to complete the full final day of the test, and build on a solid first impression he got from the car.

“We had no issues yesterday the whole day. Everything is good. The car felt obviously slightly different than last year, but it feels pretty good on some places.

“The wind made it very difficult in other places of the track, but I think it's a good starting place.”