Racing Point has revealed it faced a Formula 1 spares shortage before its victorious Sakhir Grand Prix, and needed to fly parts over on a private jet

But despite a spectacular result in the race, Racing Point faced some headaches in the build-up to the event after a bruising outing in the Bahrain GP a week before.

In that race Stroll had been tipped upside down after a first-lap crash at the restart with Daniil Kvyat, while Perez retired late on after a fiery failure of his MGU-K.

Damage to both cars left Racing Point facing some troubles, and team principal Otmar Szafnauer has revealed the length the team had to go to ensure it was in a solid state for the Sakhir race.

It included Racing Point flying team owner Lawrence Stroll's private plane back to the United Kingdom, so it could pick up extra parts and fly them out to Bahrain in time. Without them, the team would have been unable to build up two cars.

"We had a big shunt last week and we also had one car on fire, so leaving last Sunday with only a week to go, we had a scant amount of spares and parts," Szafnauer told Sky Sports F1.

"We couldn't put two cars together. But everybody worked really hard back at the factory, night and day. 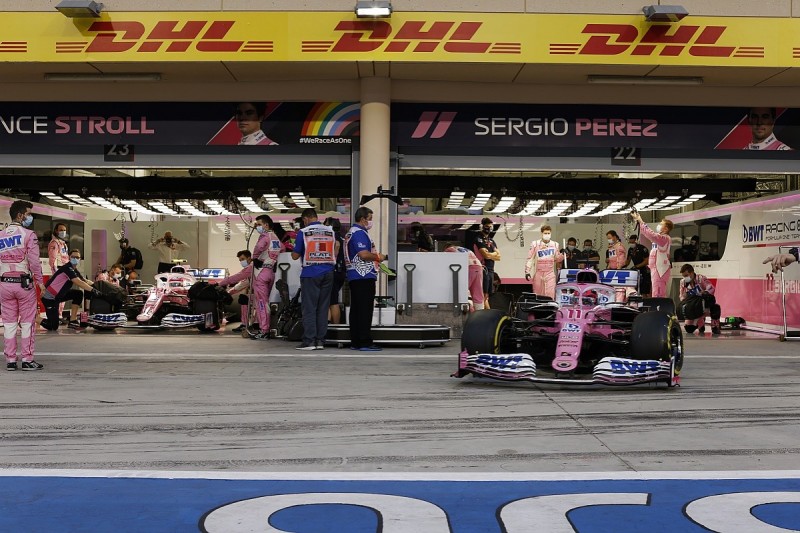 "We flew Lawrence's aeroplane back. It waited until Thursday to fly the car parts out, so we could build two race cars. That's what it is about: it [the win] is not about any one individual."

Szafnauer said the joys of the win for Racing Point felt even better because of the fact that the team had seen a podium slip through its fingers just a week before due to Perez's MGU-K failure.

"The really, real lows that we experienced last week make the highs even sweeter," he said.

The first and third for the team at the Sakhir GP has left Racing Point 10 points ahead of McLaren in the fight for third place in the constructors' championship, with just one race in Abu Dhabi to go.