Niki Lauda chose his 1984 Portuguese Grand Prix charge from 11th on the grid to second as his 'Race of my life' for Autosport in 1993. One year on from his death and in the week Autosport begins its new Race of my life podcast series, we revisit Lauda's recollections of the event in which the Austrian clinched his third world championship

The race of my life is very easy to choose. It was the last race in 1984 in Portugal, when I won the championship by half a point from my team-mate Alain Prost.

I think this was the most difficult race for me. At the end of 1983 Prost lost his drive with Renault - nobody expected that. John Watson still hadn't signed his contract with [McLaren boss] Ron [Dennis], and suddenly I ended up with that little Frenchman as my team-mate.

Prost was a bigger challenge than Watson was. That season was a very close dice. He made some mistakes and I made some.

It came all the way to Portugal and I had a little advantage in the points. 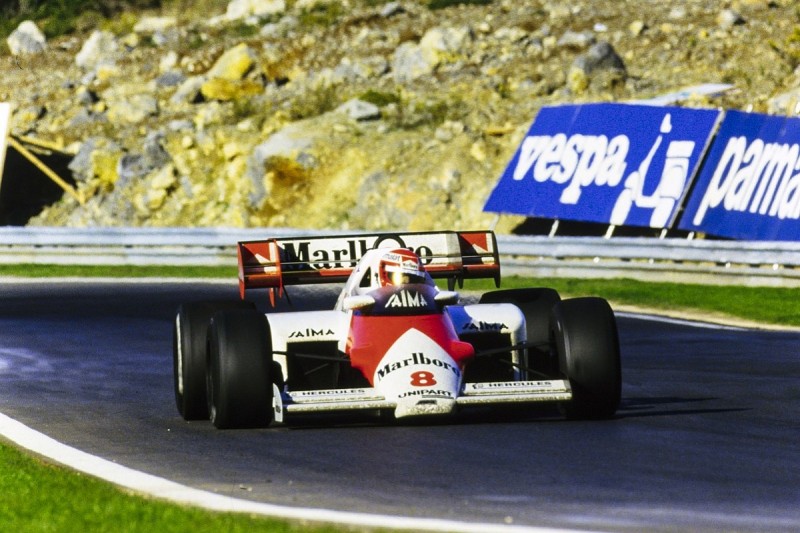 Qualifying there was awful. Prost was second and I was about 11th on the grid. And I knew that I had to finish in second place behind him to win the title. But funnily enough, before the race I knew that if I didn't make a mistake, like running into somebody and breaking my wing or something like that, then I could make it.

Everybody else was thinking that Prost would win the championship. I remember Marlboro painted thousands of posters with Alain as champion. I was stuck in traffic for half the race. I couldn't pass anybody because right at the beginning my turbo broke.

Prost was certainly disappointed, because he thought he had it all in his hands. He nearly cried in the podium!

I couldn't develop the power, so I couldn't pass anybody. I was handicapped, and I was just sitting there.

Then after I passed a couple of people, I found I could get going again. Soon I was passing one after the other. I remember Nigel Mansell had some sort of brake problem and I passed him for second, but I think I would have caught him anyway.

In the end my car was not bad, I was going quicker and quicker. The problem I had was that I had used a lot of fuel, and the turbo was broken, so I was getting the wrong indications about my fuel consumption.

For the last five or six laps I was really worried that my car might stop - but thank God it didn't. So in the end I finished second to Prost, which was enough. 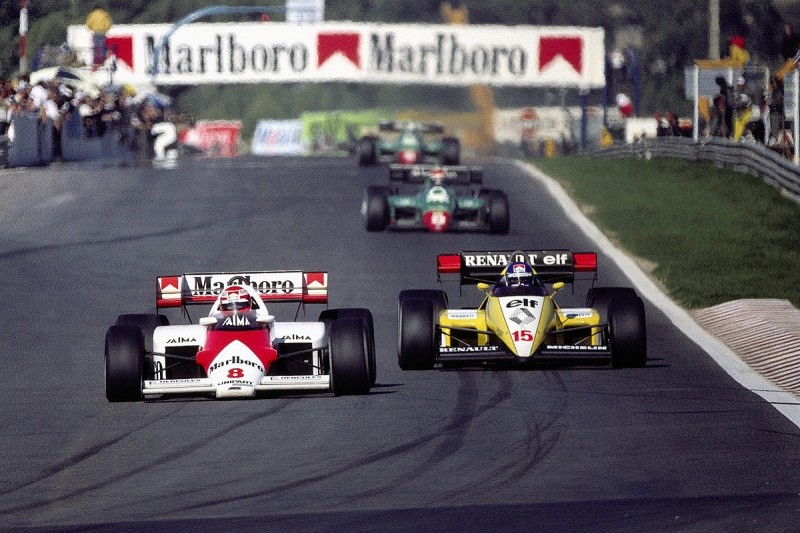 It was a very close and difficult race; it was special because it was so close.

It was really a tough season for me, and for Prost too, because we were fighting from the beginning of the season, trying to win races and make points.

Prost really felt sorry. He was certainly disappointed, because he thought he had it all in his hands. He nearly cried in the podium!

But I told him, 'This is motor racing. You've done a good job, but I just made it. Don't worry about it, you will next year!'

And I was right - next year Prost won the championship.