Pirelli: Simulations suggest F1 field will spread out during 2017

Pirelli believes the Formula 1 field will spread out as the 2017 season goes on based on downforce simulations it has received from each outfit.

This year will feature more aggressive-looking cars with wider front and rear wings as part of revised aerodynamic regulations, and the cars will be fitted with wider tyres.

With teams starting with new concepts senior figures have tipped development to be rapid, with Jenson Button saying a development race will reinvigorate F1.

This will lead to the levels of downforce increasing throughout the season, which will in turn have an impact on the rubber.

The new tyres have been designed to degrade less and allow drivers to push harder over a race distance but have only been tested using mule cars that failed to deliver the anticipated amount of downforce.

As a result, Pirelli relied on simulation data provided by the teams.

When asked if the tyres are designed to cope with the expected downforce levels by the end the year, Pirelli racing manager Mario Isola told Autosport: "Yes, that's why we asked the teams for their simulations not only for the beginning of the year, but the end of the year.

"If I look at the simulations for the start of the year, the values coming from different teams are quite close [to each other].

"Looking at the values for the end of the year that take into account the rate of development, it's a bit wider.

"But we keep this communication [with the teams], we have an idea." 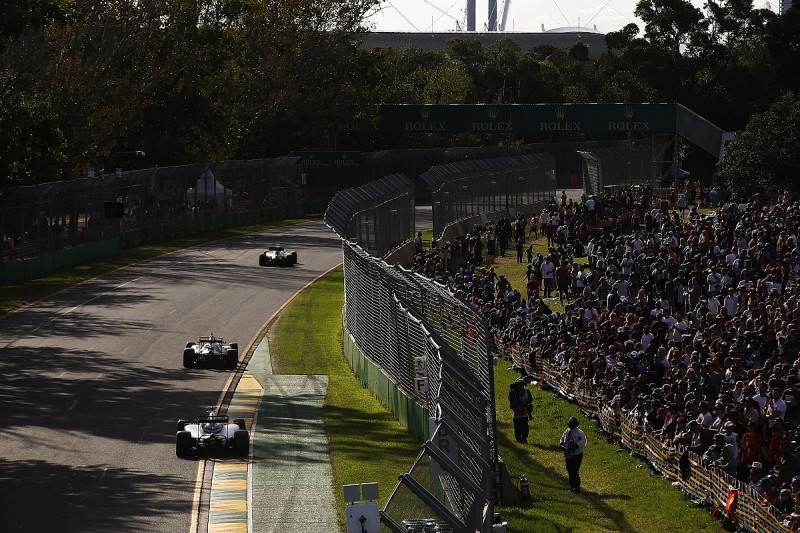 Williams performance chief Rob Smedley has said the development race will mean a car that starts off as the quickest in the season-opening Australian Grand Prix on March 26 will not be the same as at the final in Abu Dhabi on November 26.

Former Williams technical director Patrick Head recently told the Guardian that he expects the field to stretch out following the regulation change.

"If anybody was thinking of these rules with the aim of closing the field up then they've got rocks in their head," he said.

"Any time you make significant changes the advantage will always go to the bigger teams."

Pirelli chief Paul Hembery agrees there will be a spread of teams.

"We have some estimates of data, and I guess we will all see in Melbourne," said Hembery.

"There are groups of people that are very close, but there is a spread. The top 10 is going to be very crowded."