Pirelli Formula 1 boss Mario Isola admits that the company has gone too "aggressive" on its compound choices for the Turkish GP.

After drivers struggled to find grip on the newly-resurfaced track last season, Pirelli went one step softer for this year's race, switching from the C1, C2, C3 combination to the C2, C3 and C4.

However, having made that choice, Pirelli learned that the characteristics of the track had been changed after the race promoter decided to water-blast it, a process that has helped to generate more grip.

During Friday practice ahead of the Turkish GP drivers suffered graining on the softs, and Isola believes that teams will now try to avoid using them in the race if they can.

Teams will probably only have data gathered from FP1 and FP2 to plan their strategies for qualifying, as Saturday's FP3 session is likely to be wet, but their data gathering was made more complicated by Friday's changing wind levels.

There is also still a chance that qualifying itself could be wet, but if slicks are used in Q2, teams will have to make a call on whether to commit to starting on the medium or soft.

"I believe that the soft is quite an aggressive choice," said Isola. "Consider that when we selected the tyres, the three compounds for this race, we were not aware of this superficial treatment that they were planning. So looking at the data from last year, we decided to go one step softer.

"The soft is quite an aggressive choice. And I believe that some teams were using the soft today just to get rid of them, and focus on the medium and hard for the race, if they want to plan a one-stop strategy." 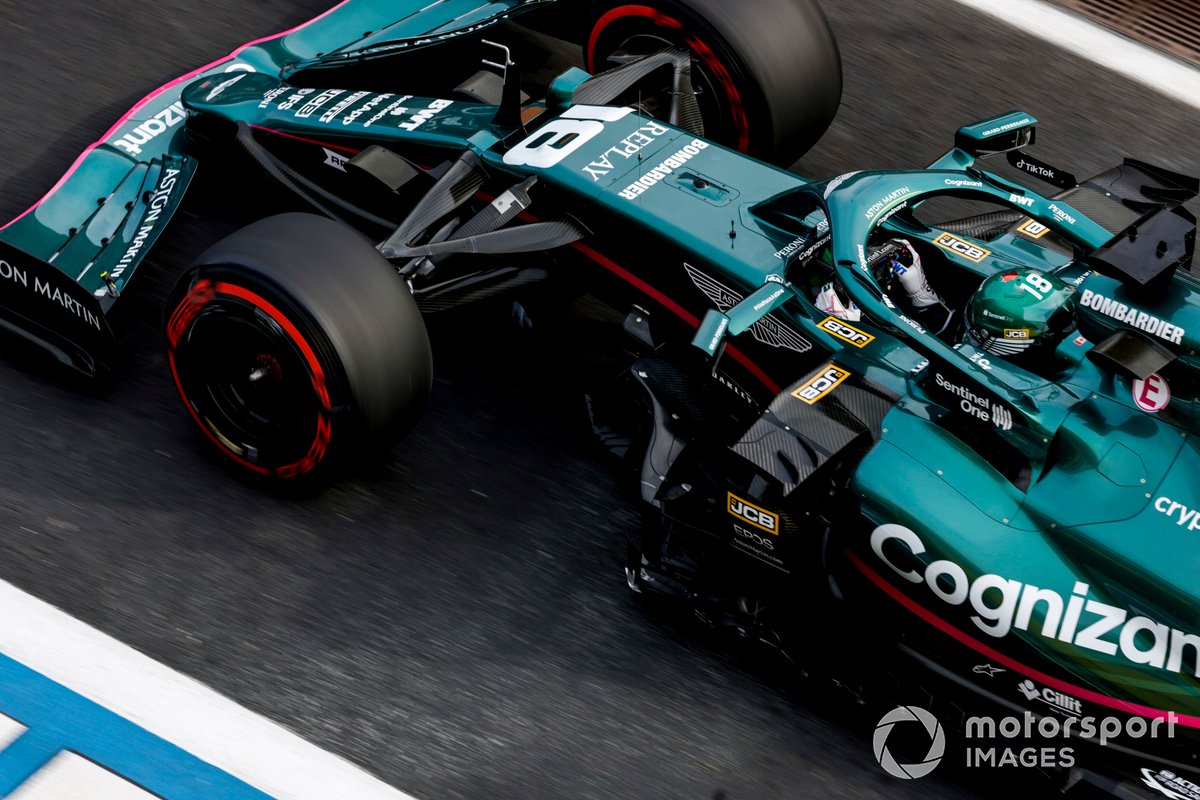 Although it is common for the fastest drivers to try to go through Q2 on the medium rather than the soft, Isola believes that more will attempt to do so this weekend, encouraged by a relatively small delta of 0.3-0.4s between the two.

"I believe that we will see more than two or three cars trying to qualify on the soft, because the delta lap time between the soft and the medium is very small.

"So it's not like one second, where you take a big risk to go through Q2 with a medium instead of the soft, with this small difference, probably more cars are trying to qualify on the medium compound."

Isola confirmed that the treatment undertaken by the promoter had made a significant difference to grip levels, as reported by drivers today.

"The level of grip increased quite a lot. This is probably due to the fact that we don't have the bitumen on top, and let's say the stones are visible, and therefore generating more grip compared to last year.

"The increase in grip is clear, because the lap times are four to five seconds quicker than last year. So I believe that there is no doubt on the increase the level of grip.

"And so it will be very important for the team to measure and analyse the data from FP2 to understand what is the wear life of the tyres, because this is information that we don't have from last year, last year, as both quali and the race were wet.

"As I said that tarmac was completely different compared to this year. And we were one step harder. So the data in terms of wear and wear profiles that we measured last year are not relevant."

Isola admitted that Pirelli learned of the plans to water-blast the track too late to change the choice of compounds for the Turkish race.

"Usually we are informed by the FIA if there is any change in tarmac, or if the circuit decides to resurface, or make any special treatment. In that case, probably it was a late decision from the promoter, I suspect," he said.

"When they decided to make this treatment, we have been informed. So we had that information. But it was too late because we already produced the tyres, and they were already available for the race.

"It's not an easy period also for production and logistics. So we made the tyres and then after that we were made aware of this change."