Ferrari announced ahead of the race weekend at Istanbul Park that Sainz would be starting at the back of the grid on Sunday after the team took an all-new power unit, giving him the upgraded hybrid system.

It meant Sainz focused his Friday running on race pace to prepare for Sunday’s grand prix, but Leclerc surged to second place on the timesheets in FP2, finishing within two-tenths of championship leader Lewis Hamilton.

Sainz said that while he still relished the challenge of fighting through the field in Turkey, he was “a bit less” excited after seeing what Leclerc could do.

“Now I see where Charles is in the low fuel, and you see that he could be fighting for a podium, it makes me [feel] a bit of a regret [for] the fact that I’m not going to be there on Saturday to fight for it and on Sunday to fight for it, unless I do a huge comeback that is obviously quite unlikely,” Sainz said.

“It just makes me feel a bit more down, just because I wish I could be up there with him fighting for higher places, looking at where the pace of the car is this weekend.” 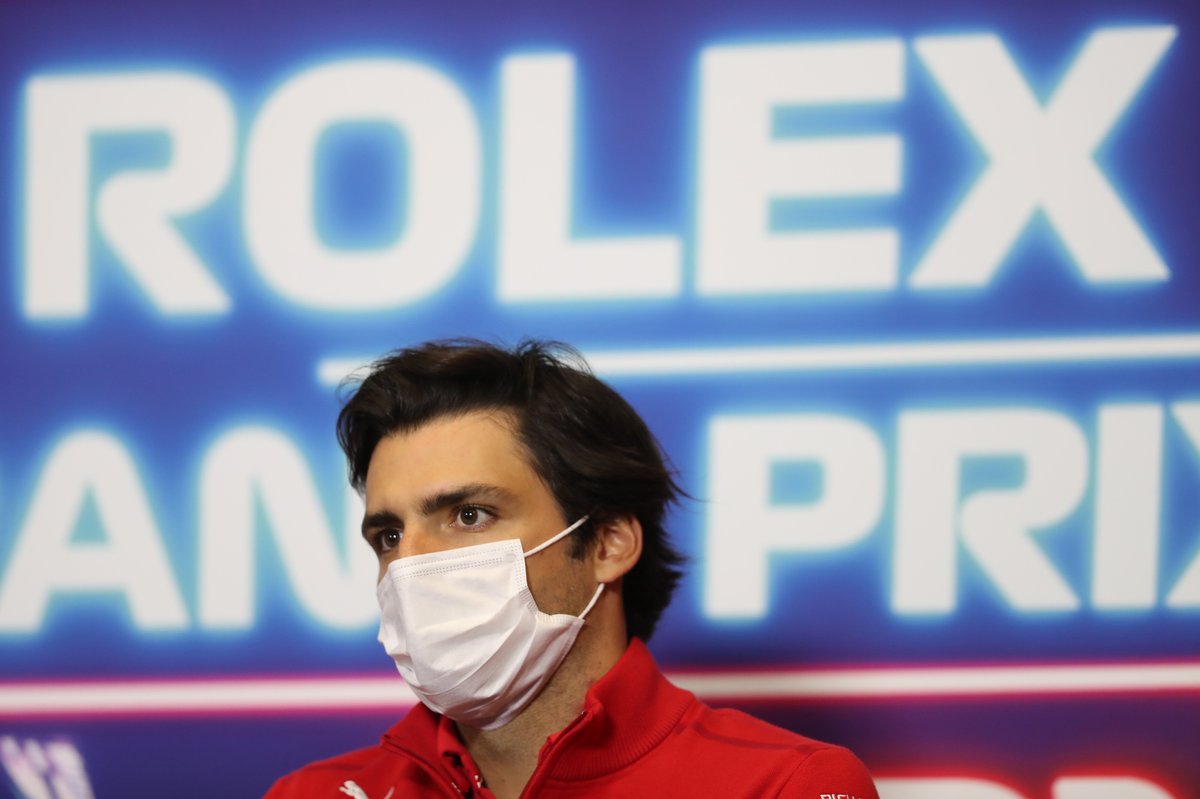 Sainz vowed to “keep the faith up” that he could “have some fun going through the field” to score points, but added he “would much rather be in the top five in quali and in the race”.

The high grip levels in Turkey may play to Ferrari’s advantage, allowing it to add more front-end downforce to the car that aided Leclerc’s surge to second in FP2.

The Monegasque driver has scored two pole positions this season, topping qualifying in both Monaco and Azerbaijan after impressing in practice.

But Leclerc was wary of reading too much into his Friday performance in Turkey, believing the leading teams still had more pace to find.

“The feeling has been good all day, but we shouldn’t get carried away because I feel like the top teams have more to show,” Leclerc said.

“Also on high fuel it’s been looking good. So everything looks positive for now, but again, it’s only Friday.

“So for now I want to keep my head down, keep working as hard as we can to try and fine tune the car to have a perfect quali tomorrow.”