Toro Rosso graduate Gasly has had a difficult start to the F1 season, but managed to score his best result of the season with sixth place - plus fastest lap - in the Chinese Grand Prix.

But although Gasly still has some way to go before he appears able to properly challenge team-mate Max Verstappen, Horner has faith that the issues the Frenchman is suffering from are being overcome.

"I think he has made a step forward," said Horner of Gasly's Shanghai weekend.

"He is still not totally comfortable within the car at the moment, not from a physical fitting, but I think he is in the process of needing to refine his style to optimise the best from the characteristics of the car.

"It is obviously proving to be a challenge for him, but he is making progress and the fastest lap at the end of the race will give him some confidence as well."

Gasly said his lonely run to finish sixth in China did at least allow him to experiment more with his driving style to try to extract more from the car.

"I was quite alone for all the race, so I tried many different things with the driving, trying to understand what I can do inside the car to go around the main thing I still struggle with and get some more answers.

"So hopefully we're going to do a step better each weekend." 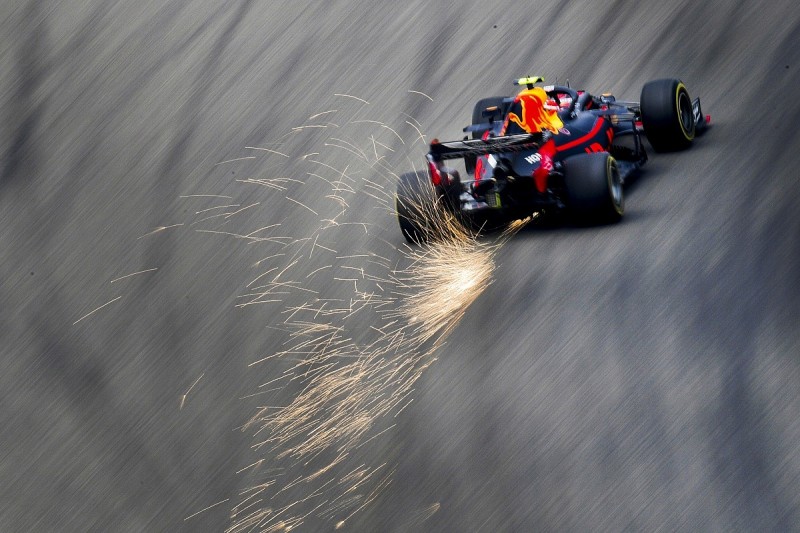 Gasly was pitted late for soft tyres so he could gun for the fastest lap of the race - which he took by just one tenth on the final lap.

The battle for fastest lap had otherwise been largely conducted immediately after the lead runners' final pitstops, which Horner said showed they were deploying qualifying modes at that time to chase the new point.

Asked if Gasly could have gone quicker to be more certain of bagging the extra point, Horner said: "He knew the lap time he needed to beat because we told him when he went out of the pits.

"But we see after the pitstops, both Ferrari and Mercedes, it looks like they go back into a qualifying setting, particularly Sebastian [Vettel].