Formula 1 world championship leader Charles Leclerc grabbed the headlines last weekend when he crashed a Ferrari 312B3 at the Monaco Historic Grand Prix.

The Monegasque driver had been completing a demonstration run in the ex-Niki Lauda 1974 Ferrari F1 car on Sunday, when he spun at Rascasse.

After suffering unexpected brake failure during his third lap on track, Leclerc was pitched in to a spin and struck the barriers backwards, dislodging the rear wing.

Although he was able to get going again, Leclerc eventually pulled up on the main straight with smoke wafting from the back of his car, before he got out to inspect it.

Speaking straight after the incident, Leclerc was clear that the crash was not down to driver error and instead was the result of something going wrong with the car.

"I was lucky to have it at that moment, because if I had had it at another place, it was no good… the problem is that I got scared. I arrived normally in the corner." 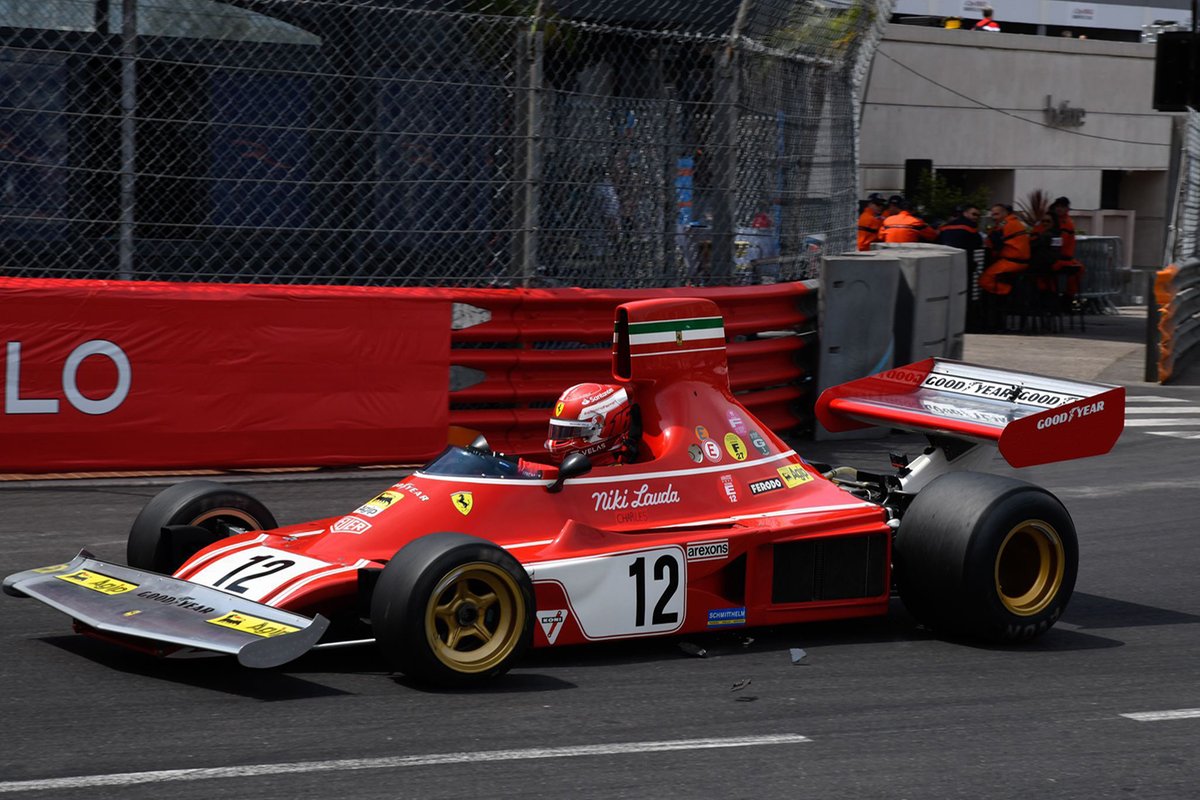 As Autosport's exclusive photograph shows, Leclerc's incident appears to have been caused by a total failure of the front left brakes.

The image taken shortly before Leclerc spun shows a shattered brake disc on the floor after it had come loose from the front left caliper.

With no stopping power on the left front corner of the car, the brakes would have grabbed entirely on the right side, leaving Leclerc powerless as the car would have snapped instantly right.

The high-airbox 312B3 that Leclerc was driving in Monaco is owned by Methuselah Racing, which is based in Cologne and headed up by Mario Linke.

Lauda raced a 312B3 during his first year with Ferrari in 1974. He finished second in his first race for the team in Argentina, and took his maiden victory at that year's Spanish GP. He would add one more win that year at the Dutch GP.