Sergio Perez felt “very pissed off” not to qualify on the front row of the Formula 1 grid in Baku on Saturday after a mistake in Q3 left him seventh.

Perez entered qualifying with the fastest time of the race weekend so far, and appeared to be in the mix for pole position after taking second place for Red Bull in Q2.

But Perez slipped to seventh with his first lap in Q3, lapping 0.699 seconds slower than Ferrari’s Charles Leclerc and almost three-tenths off his best time in Q2.

A red flag caused by Yuki Tsunoda’s crash brought Q3 to an early end, preventing Perez from improving and leaving him frustrated in seventh place, four positions back from team-mate Max Verstappen.

“It was a big disappointment today,” Perez said when asked by Autosport about his Q3 lap.

“I was on a great lap, into Turn 4, I was about two-tenths up on my time, and I locked up. I think I was a little bit too close to Lando, and the wind picked up. I locked up, I lost the lap.

“I was pretty confident of getting a good lap time out of it. We’ve been strong all weekend. In Q3, really when it mattered, it was a disaster.”

Perez said that while there were “certainly a lot of positives” to take from his weekend so far, he believed he could have secured a front row start for Red Bull. 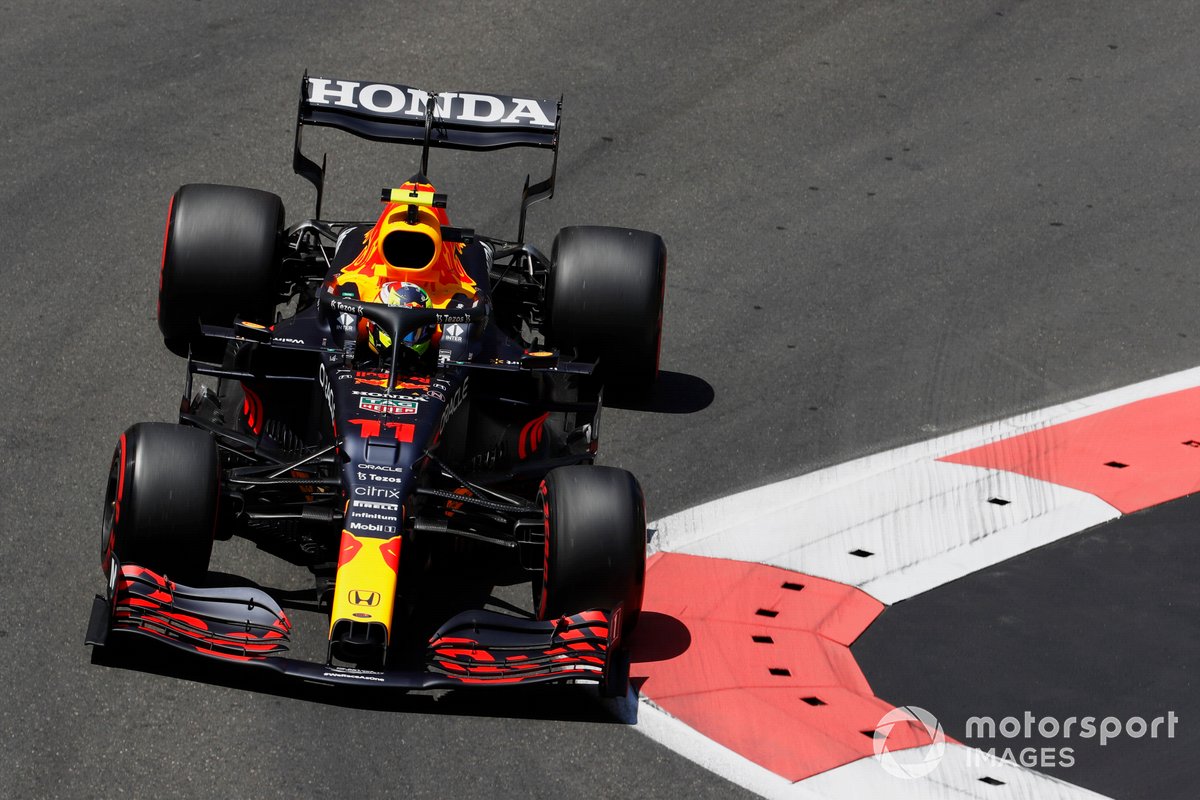 “I’m very, very pissed off today given that we should definitely be in the top two, on the front row, at very least,” Perez said.

"But there are a lot of positives. I think we should be able to have a strong race pace as well.”

Perez was left frustrated by how the pack bunched during qualifying, claiming some drivers broke a gentleman’s agreement not to overtake other cars getting ready to start a flying lap.

“With the out laps, the track is so big, but because we all want to be together, it’s a disaster, starting that lap,” Perez said.

“Actually in terms of track position, Q3 was the worst that I had all weekend.

“We all went at the same time, and people created gaps, but then other people overtaking, not respecting the gentleman’s agreement. It just made things a bit harder.

“We didn’t put the lap when it really counted today. As simple as that.”