Fernando Alonso believes it is "unfair" that Formula 1 drivers who caused red flags by crashing in qualifying for the Azerbaijan Grand Prix are allowed to keep their grid positions.

The double world champion qualified his Alpine ninth after a "messy" session blighted by four red flag stoppages, with Lance Stroll and Antonio Giovinazzi both crashing out at Turn 15 in Q1, while Daniel Ricciardo in Q2 and Yuki Tsunoda and Carlos Sainz in Q3 had mishaps at Turn 3.

It came one week after Charles Leclerc's Q3 crash at the Monaco Grand Prix while on provisional pole prevented his rivals from improving, although on that occasion damage resulting from the crash prevented him from starting the race.

Alonso, who will start eighth after Lando Norris was given a three-place grid drop for not following red flag procedures in Q1, said that the rules as currently written gave drivers of crashed cars an unfair advantage as they can replace parts as necessary without losing grid positions.

He added that if an IndyCar-style rule - whereby drivers causing red flags are docked their two fastest times - were introduced in F1 then drivers would be careful not to "drive over your possibilities".

Speaking to Sky F1, Alonso said: "It was messy, it was difficult to get into the rhythm, into the pace, but it was the same for everybody.

"[It is] unfair probably that the people that crashed, they repair the car and they start in that position tomorrow. 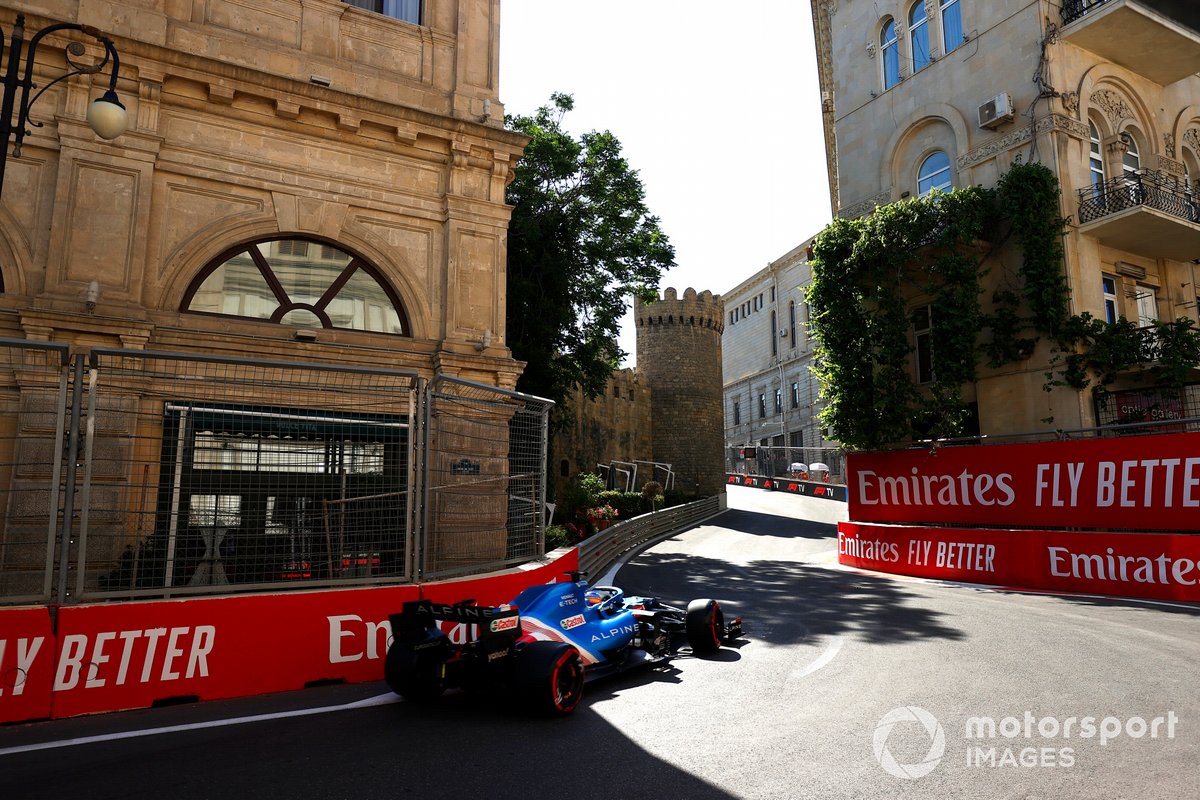 "All the other cars, we are in parc ferme until tomorrow, we cannot touch the car, so why they can change all the parts that they caused the red flag?

"Maybe one day we are in that position and we take advantage of the rule.

"I think the people need to calm down a little bit and drive 98% in a street circuit because if you crash and you start last in the race, maybe you don't drive over your possibilities.

"And I think today with so many people driving over the possibilities of their car or their abilities."

Alonso said that he was encouraged by the pace of his Alpine, explaining that he felt "comfortable" and was optimistic of scoring points for the first time since Portugal after disappointing races in Barcelona and Monaco.

"I think we have a good car, it has been good all weekend, we've been always in the top 10 every session and we feel comfortable," he said.

"Here, you can overtake if you have the pace, so we need to take care of the tyres - that will be the hot topic for tomorrow I guess.

"But we have reasonable confidence to take good points."