Sergio Perez felt Pierre Gasly should've been penalised for ignoring blue flags and impeding him in the Formula 1 Abu Dhabi Grand Prix , as he lost second in the standings.

Perez and Ferraris Charles Leclerc started the Abu Dhabi GP level on points in the fight for the runner-up spot in the F1 drivers’ world championship, knowing whoever finished ahead would take second place behind title-winner Max Verstappen.

As the race unfolded, Perez was hunting down Leclerc having committed to a two-stop strategy with his rival holding track position ahead of him in second place on a one-stop plan.

While Perez’s race engineer Hugh Bird told the Mexican he’d catch Leclerc in second place on the final lap, based on his pace advantage, the Red Bull driver never got to within striking distance and finished behind the Ferrari driver by 1.322 seconds.

Perez lamented both his two-stop strategy and losing time lapping backmarkers, picking out an incident when trying to lap Pierre Gasly, who was fighting for position with Alex Albon and Zhou Gunayu in the closing stages.

“I certainly lost a bit, probably a second or so or more, it was clear it was blue flags but he [Gasly] was in a fight and it is really hard to give up the position,” Perez said.

“I think he was thinking to go for the move but I ended up being there and I thought he left the door open so I went for it, luckily I could brake at the last minute otherwise there would have been contact.

“I think in normal conditions that it certainly would be a penalty for Pierre, but it is the last race and I am just happy to go home, don’t discuss anything, and that’s how it goes sometimes.” 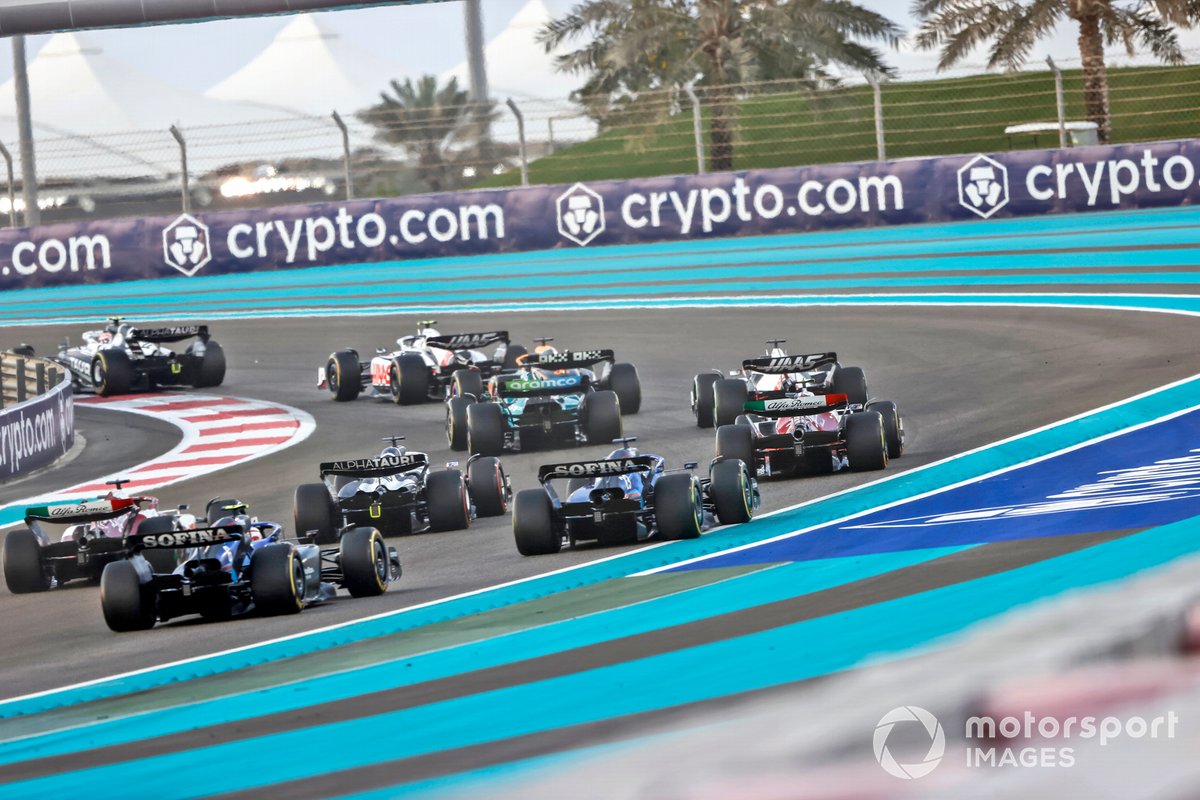 Perez also gave credit to Leclerc, who denied Red Bull a first 1-2 in the drivers’ world championship in its history, as he conceded his pace “died” earlier in the race which dropped him behind the Monegasque driver.

“I think it is how this sport works, sometimes you win and sometimes you lose, today I think Ferrari and Charles did a fantastic race, they had great tyre management and they were stronger than us,” he said.

“Especially in that first stint, I died towards the end, and that made it tricky on our strategy.

“It was that second stint, when I was behind Max, Max was on a one-stop and I was on a two-stop, and then I ended up not being able to maximise the stint and I couldn’t push as much as we should’ve pushed on that second stint.

“We were discussing it at some points [going for a one-stop strategy] but I think we thought the deg was going to be higher than it was.

“We just didn’t push as much as we should’ve pushed in that second stint. Probably we left two seconds on the table.”

Plus
Plus
Formula 1 15 min
Jonathan Noble