Sergio Perez says an engine problem moments before his final qualifying run denied him a tow and the chance to fight for pole position for the Formula 1 Azerbaijan Grand Prix.

The Red Bull driver was delayed leaving his garage for the final Q3 laps due to an engine refuelling issue, meaning he was late leaving the garage with team-mate Max Verstappen.

Due to the Baku track characteristics and its long main straight, drivers can find a chunk of lap time with the aid of a slipstream, which many teams had used to good effect during qualifying.

But Red Bull lost the option ahead of the final Q3 run when Perez was stuck in the garage as he and Verstappen were scheduled to head out, with the Mexican feeling he lost out on a stronger chance to fight for pole because of the issue.

“It was not an ideal qualifying because at the end, we just had a problem with the engine. We couldn't turn it on,” Perez said, qualifying in second place behind Ferrari’s Charles Leclerc by 0.282s.

“And that meant that we lost [time], I was basically on my own. And that's very powerful around here.

“Who knows if enough for pole, but certainly we lost a few tenths. But I think Charles has a very good lap.”

Perez added in the post-qualifying press conference: “I need to speak with the guys, the car wouldn’t turn on, so I think there was a miscommunication.

“But we just lost too many seconds and we got out in a rush as it was tough getting there to make the lap.” 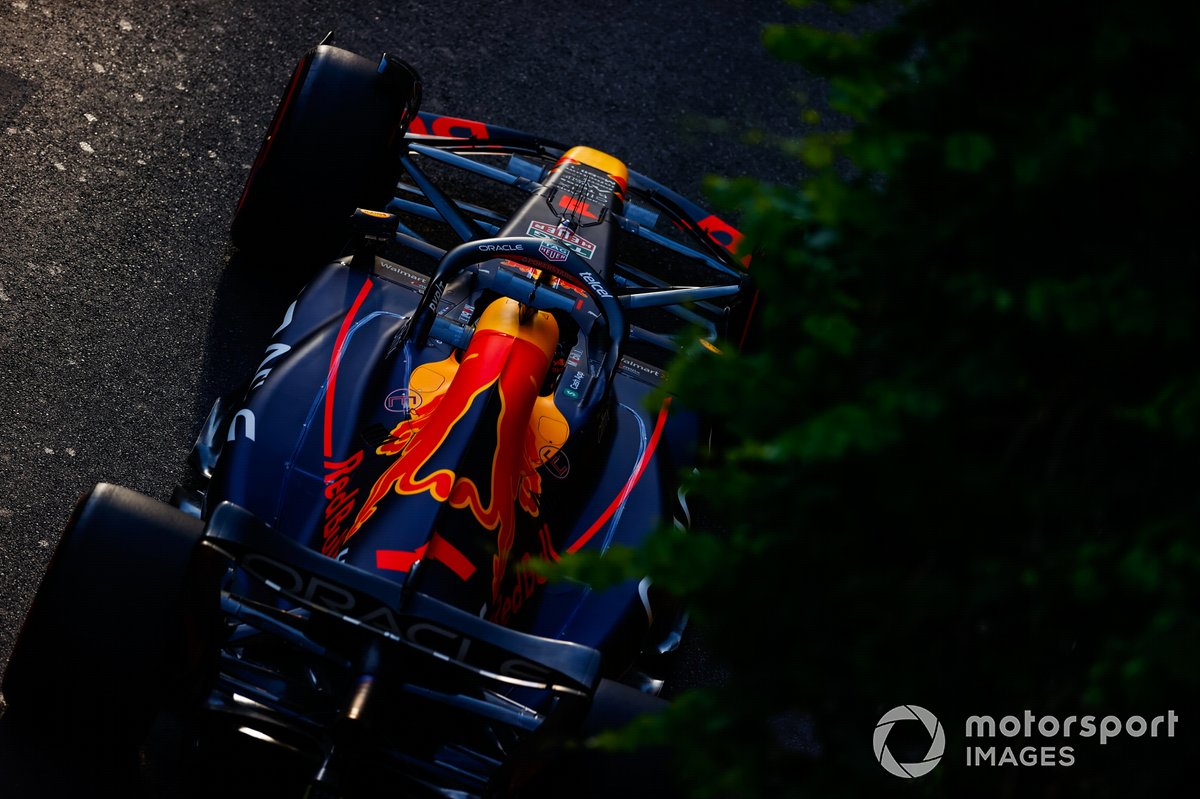 Verstappen also clarified he hadn’t expected to gain the tow from his Red Bull team-mate for the final Q3 run due to their pre-qualifying run plan, after being heard on team radio asking about Perez’s issue.

“No, we have a given [plan], one weekend Checo is ahead out of the box then I am ahead,” he said.

“So I asked what happened there and they said there was a little issue that they had to resolve, so that’s why it took a bit longer for Checo to come out of the box.”