Hamilton had moved up to second place in the opening stint of the race after starting fourth on the grid, running clear of Mercedes team-mate Valtteri Bottas and McLaren’s Lando Norris after pitting for the hard tyre.

But, shortly into the second stint, Mercedes informed Hamilton that he had picked up some damage to the left-rear of his car that was costing him downforce.

It caused Hamilton’s lap times to drop and allowed both Bottas and Norris to close up. Bottas was waved by Hamilton, with Norris then passing for third place one lap later.

A second stop included a balance change on Hamilton’s car, but he could not bridge the gap to Norris, finishing 26 seconds behind in fourth place.

Speaking after the race in Austria, Mercedes F1 boss Wolff revealed that the initial suspicions were that it had cost around 30 points of downforce, marking a big loss in performance.

“We have calculated that we lost about 30 points, but that's a number that is not checked yet,” Wolff explained.

“But there was quite a loss in performance, and that meant he was pushing the tyres in a direction that wouldn’t have made it to the end probably.

“So we wanted to evaluate what his performance really was after the damage, and whether it was possible that Valtteri could have protected against Lando, but that wasn’t possible.

“He was also fair towards Valtteri to do his own race, and this is when we decided to switch, obviously understanding that we would lose P3 to McLaren.”

Asked how much lap time that loss of downforce was equivalent to, Wolff felt it was “very difficult to say”.

“It’s just a first guess on what we see on the sensors,” Wolff said. “That also, you can’t really translate that onto lap time.”

Hamilton said after the race that he was unsure where he picked up the damage, but Mercedes believed it was at the final corner where drivers regularly used the exit kerb. 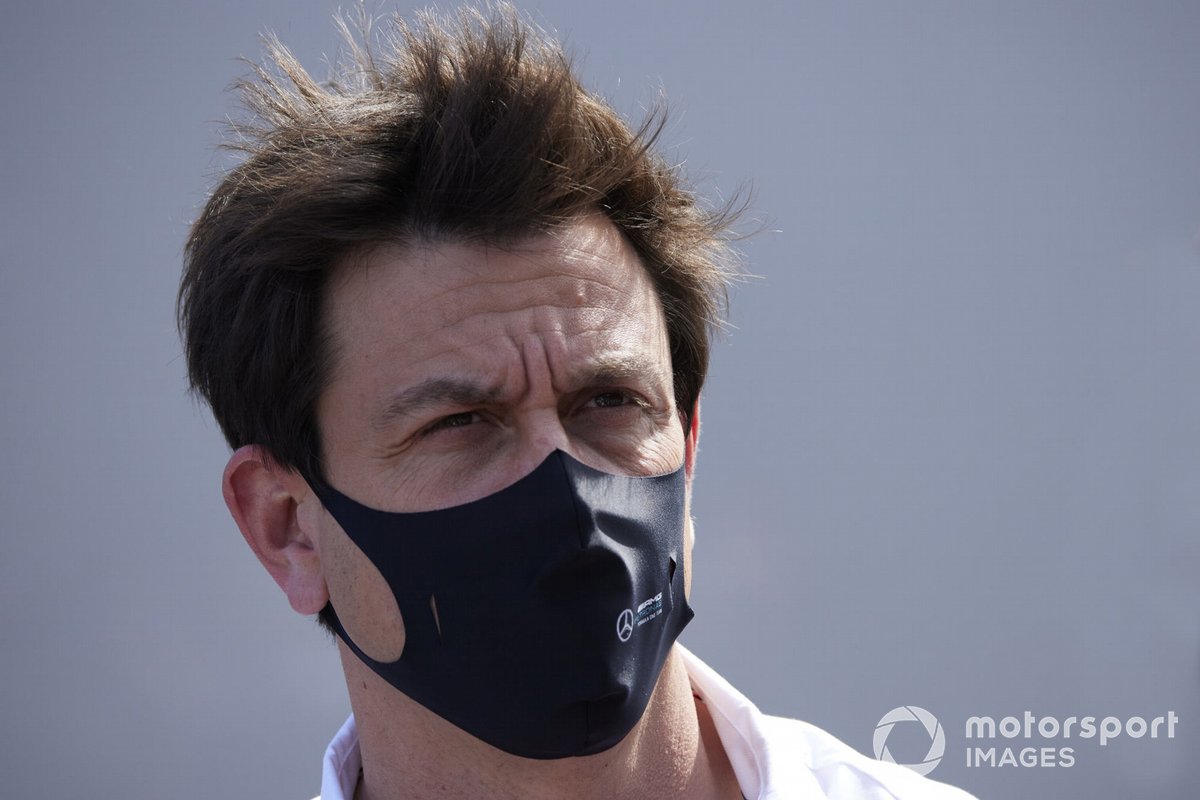 “I think it was around lap 30, out of Turn 10, where there’s a pretty aggressive kerb,” Wolff said.

“We didn’t see that was a driving mistake. It was pretty much the load that accrued, and we need to analyse why that was.”

The drop to fourth cost Hamilton yet more ground in the F1 title race to Max Verstappen, who extended his drivers’ championship lead to 32 points with a third straight victory.

“Of course, losing every point is a blow, and he lost, what was it, six points compared to finishing second,” Wolff said.

“Adding that all up is obviously making the whole momentum going in the wrong direction.

“But this is so far from over. He’s 32 points behind Max. That’s a DNF away. And he’s in the hunt again.

“If we look at Baku and the potential, and we look at the other races, overall, we just need to up our game, make less mistakes, and continue to understand the car better.

“Then we’re still massively in the hunt.”