The Mexican claimed his maiden F1 victory for Racing Point with a stunning charge from the back of the field in the Sakhir Grand Prix on Sunday.

But despite his success, which has left his team on the verge of securing third place in the constructors' championship, Perez is in danger of being out of F1 next year.

He is being replaced at the soon-to-be-renamed Aston Martin team by Sebastian Vettel for next year, and his only hope of a seat now rests with Red Bull, which is reluctant to give up on Alex Albon.

Perez is clear that his fate is now out of his hands, but says that his recent strong run of form has left more determined than ever not to give up on an F1 future.

He has reiterated that he has some options for 2022, but also thinks it is a sad state of affairs for F1 that someone like him cannot find a seat.

"I already have some good options for 2022 so my best option is obviously to keep going on next year," he said.

"The regulations are going to change so much that, in a way, I don't think it will hurt that much the driving side, to get up to speed. 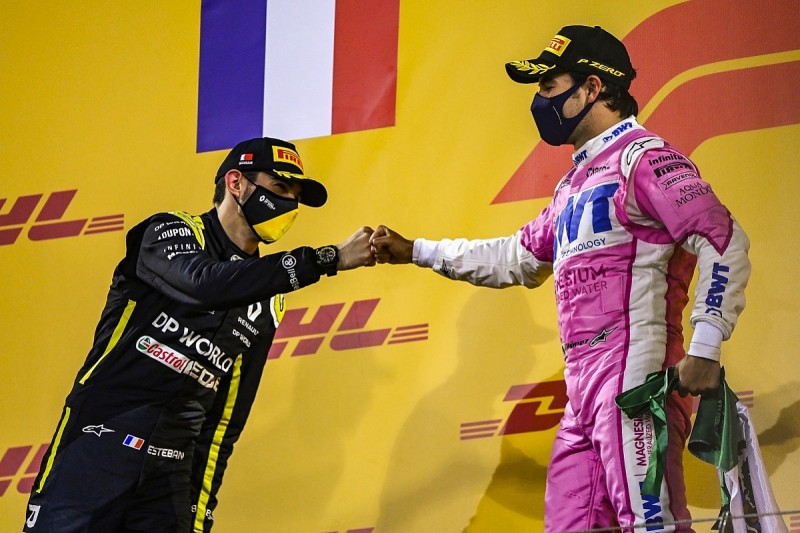 "I'm at peace with myself. I think Esteban [Ocon has] mentioned that drivers like him missing out on seats, it's just the way Formula 1 is.

"It can be really tough and not the best drivers are in Formula 1 unfortunately. So we keep pushing and we keep delivering and I think that's the best way to do it."

Ocon, who himself had to take a year out of F1 before coming back with Renault this season, thinks the situation in the series is not normal if drivers like Perez cannot secure seats.

"He's one of the top guys out there and he can't be left outside," said the Frenchman, who finished behind Perez on Sunday.

"It would not be normal. But sometimes the sport is like that, unfortunately, and you don't end up in the best situations.

"On my side obviously it's been a tough year but I was in good hands.

"I had a lot of people believing in me and supporting me, which has helped me to come back after a year out - and here we are.

"It is not easy to get going but after a bit of running, you get there."