Sergio Perez says that Red Bull is his only option to stay in Formula 1 next year, and will take a year out in 2021 if he fails to secure the seat.

Perez is in competition with incumbent Alex Albon and fellow veteran Nico Hulkenberg, although Hulkenberg recently mentioned that talks with the team have gone "very, very quiet".

The team has indicated that the priority is to keep Albon, but it could change its policy and opt for an experienced driver from outside its usual pool.

Perez currently lies fourth in the championship standings following his second place in Turkey, despite missing the two Silverstone races after he tested positive for COVID-19.

Discussing his future, Perez explained that he would only stay in F1 with a competitive team.

"There's only one option," he admitted. "I've said it before, I've been here for so many years. I want to keep going, I think I'm at the peak of my career.

Asked why the team should favour him over Albon and Hulkenberg, he said: "I think that's the wrong question to ask myself! 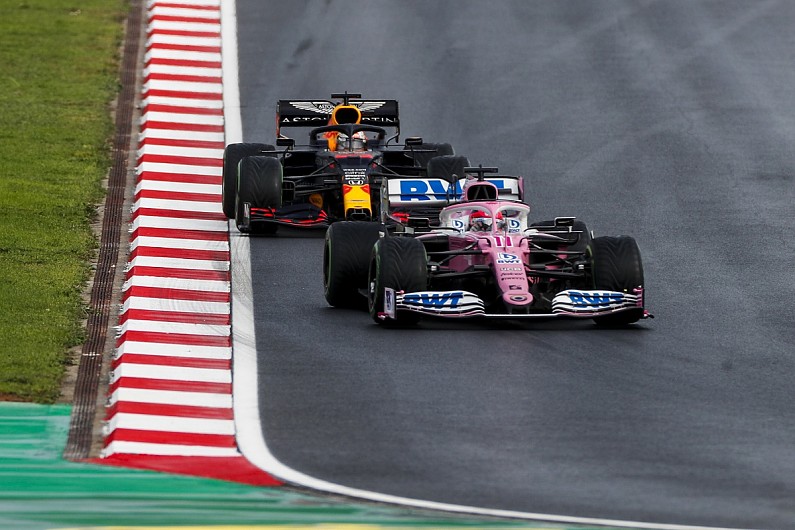 "I can speak myself very up, and certainly put myself in pole position, but I don't think it's me who has to judge myself."

Perez added that he has no interest in looking at another category for next season, and that "Plan B" will be to go without racing for a year.

In that event, the Mexican driver suggested that he could consider enjoying the other aspects of his life and, although he considers it too early in his life, may wish to explore "other businesses" in his time away.

"I'm clear on what I want to do, if Plan A is obviously to carry on, then Plan B will be to stop for a year, see how I feel without racing, see if I really miss it, if I really want to come back or if there's other series that I'm interested in doing, or if I'd rather just do something else and stay away from motorsport," he said.

"I will have a year to think about what I really want to do ahead of that. I think if I don't have F1 next year, I don't see myself doing anything else.

"I have never experienced that, my whole life I've been into it. So I have to see also the life out of the sport, how it is, how it suits me. And then see if I miss it, or I just want to carry on with that life.

"I have a lot of interest in other stuff away from racing. Obviously I'm still very young. I could see myself later on doing other businesses away from motorsport, but not in my 30s.

"If that comes early, then I'm happy to consider that option as well.

"I've obviously got my family, I want to see my kids growing, so many other things, I can imagine a life without motorsport."