Sergio Perez says he has been impressed by Alexander Albon’s openness and support since replacing him at Red Bull, praising his role in the team’s recent Formula 1 success.

Red Bull opted to drop Albon after just one full season with the team following a difficult 2020 campaign, moving him into a test and reserve role as Perez took his seat.

The win for Perez helped extend Red Bull’s lead over Mercedes in the constructors’ championship, while Verstappen remains at the head of the drivers’ standings.

Verstappen had been on course to win in Baku prior to a late tyre failure, but was quick to congratulate Perez after the race and celebrate with the team under the podium. Albon also messaged Perez to send his congratulations on the victory.

Speaking following his victory, Perez praised the team spirit at Red Bull, making particular mention of Albon’s support and openness with him since the start of the year.

“I think we’ve got a pretty good team,” Perez said.

“I think what Max did was great to see. He really deserved the win, he did everything perfect that weekend. He was just very unlucky. It was really his win.

“And Alex as well, he’s putting so much work into the simulator with the engineers. I remember when I came here, you wouldn’t expect from him to be so open in a way with me.

“But he explained to me all the issues he had, how the car works, and that was very nice, since day one, to have from him. 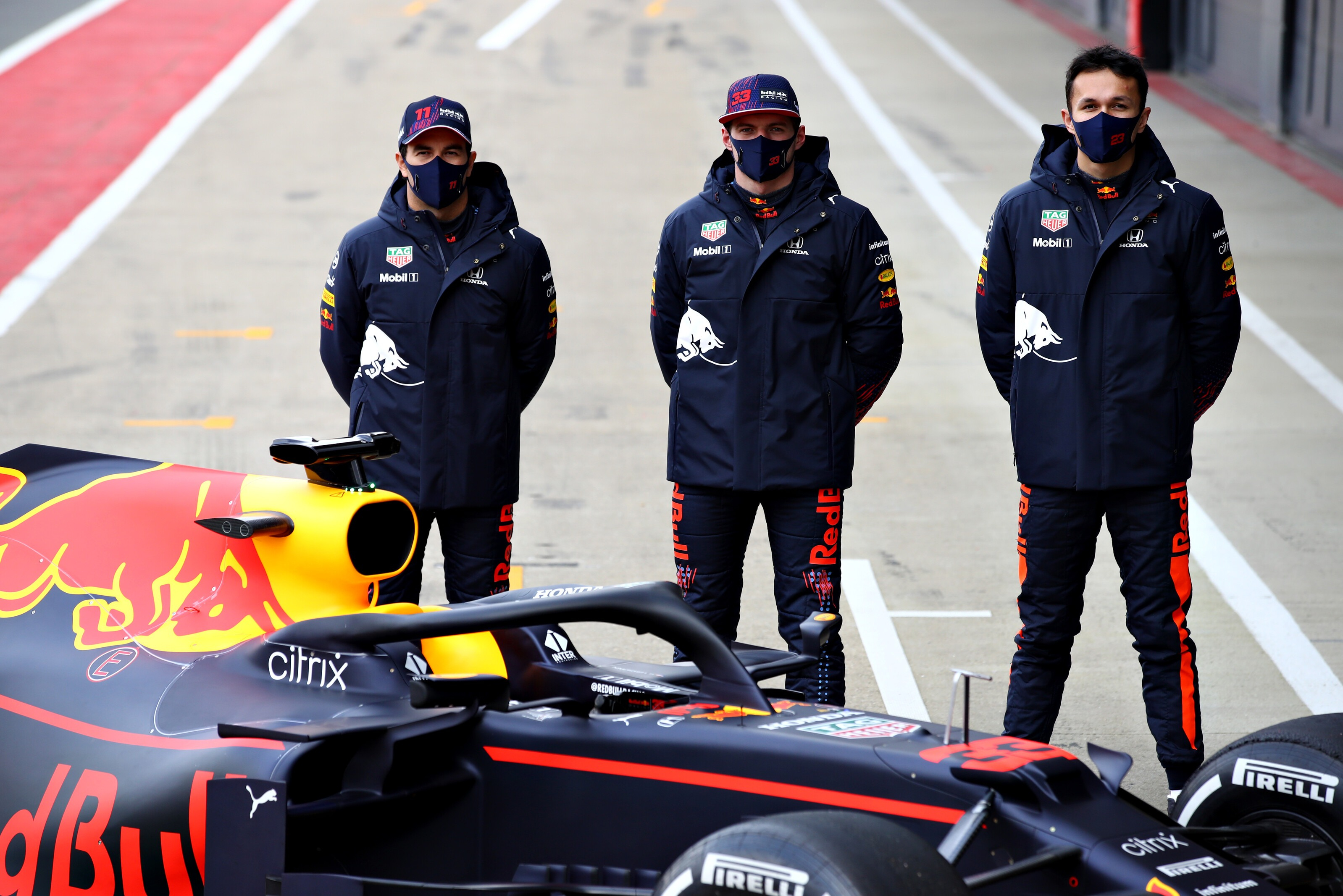 “I really appreciated that, and I appreciate the work he is putting in weekend after weekend with the team, with the simulator.

“This is teamwork, and ultimately we are there thanks to every single individual in this team.”

Albon has remained a key part of the Red Bull F1 set-up despite his demotion, with his work in the simulator also being highlighted by team principal Christian Horner as a key factor in helping Verstappen’s win in Monaco last month.

Besides his F1 duties with Red Bull, Albon is also set to race in DTM this year in an AlphaTauri-branded Ferrari 488 GT3 Evo.

But Perez said the team could not get ahead of itself now it leads both championships, saying it had to keep focused on the upcoming races.

“It doesn’t really matter where we are now, it’s where we finish in Abu Dhabi. We just have to keep chipping away and get there at the end, making sure we maximise our car potential.

“It’s such a long way to go. I’ve been in Formula 1 for many years, I know still so many things can happen. We just have to keep our heads down.

“Now what has happened is history, and we just have to keep looking forward.”