Sergio Perez admits that he is having to adjust his driving style as he continues to get used to his Red Bull Formula 1 car.

In the Bahrain Grand Prix he struggled on the medium tyre in Q2 and started 11th, and then in the race he charged up to fifth after an engine issue on the formation lap obliged him to start from the pitlane.

Red Bull motorsport boss Helmut Marko suggested the Mexican was losing out to team-mate Max Verstappen in a couple of places at Sakhir in qualifying, notably Turn 1, with Perez noting some of his problems stem from how he is still needing to adjust his driving style.

“The negative is that I lose the time in in two corners,” said Perez.

“But here, the way the wind is changing, and given that you get just a single lap, it hasn’t been easy to make that progression.

“The wind is changing all the time and so in, but we can see that progression has been made.

“There are some specific problems related to the way that I’m driving the car, I have to adjust my driving to the car.

“Firstly I need to make sure that I’m driving the way the car needs to be driven, and then work on that.

"But it’s taking me a while, because it’s very different to what I’m used to.” 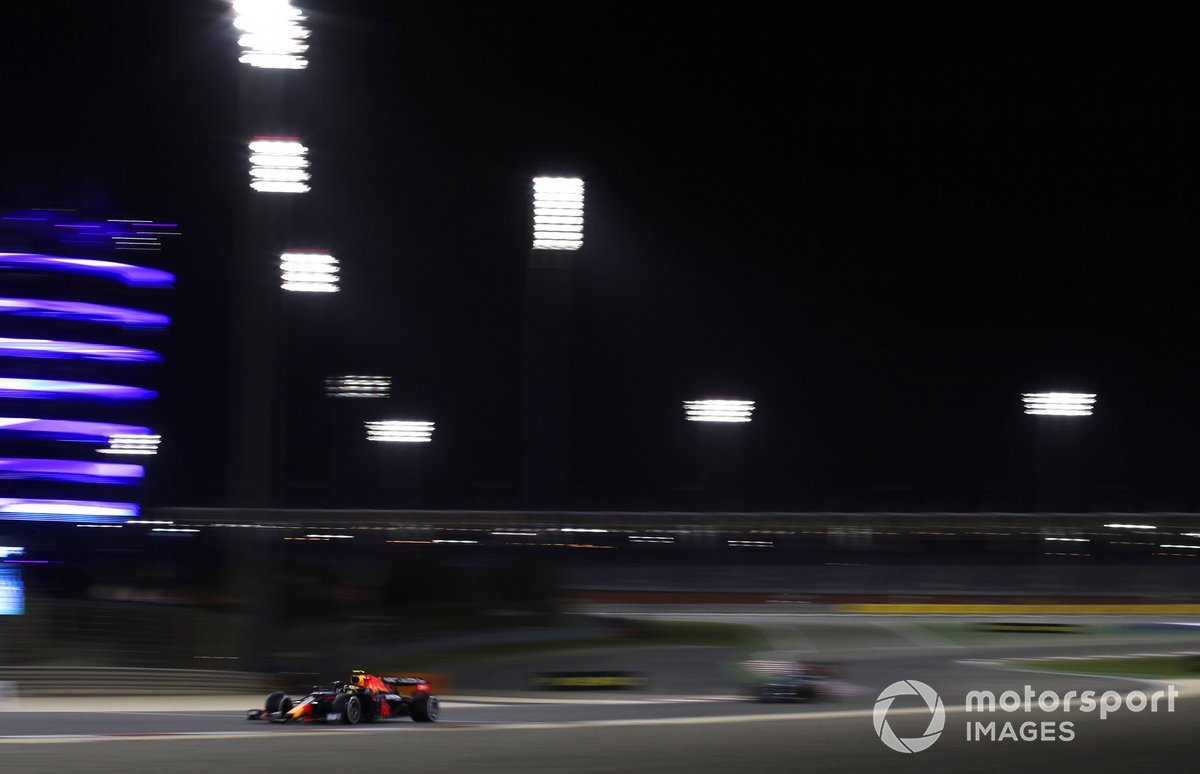 Perez said he was encouraged by his strong form in the race as he tried to recover from the pitlane start.

“That’s a positive, that the race pace was strong. But there are so many things that are still are clicking," he added.

“I think at the moment that everything comes together, we are going to be pretty strong.

"We just have to be solid, and get the pace done properly, and it should be pretty good.

“My race never settled down. I lack laps, and you are against the time all the time in that regard.

"But I enjoyed the understanding with the car, we are starting to feel one another a bit more, so in that regard I’m pleased.

“I was pleased just by the fact that we managed to get those kilometres under my belt. Missing Q3 really delayed our progression.

“It’s a real shame. I didn’t maximise qualifying, but things are starting to click a bit more, lap by lap.

"The most important thing was those kilometres that I managed to get under my belt.”