Sergio Perez says it is "frustrating" there are only one or two Formula 1 teams that can compete at the front, as the wait to confirm his future continues

Ferrari announced Kimi Raikkonen would stay on for another season earlier this week, while Valtteri Bottas is expected to be retained by Mercedes, meaning there are no free seats at the big teams.

When asked by Autosport if he was frustrated by the lack of options to make the step up from Force India, Perez said: "I think it's always the same case.

"If there is an opportunity in a top team, it's very rare. Look at Bottas, how he ended up at Mercedes [after Nico Rosberg retired].

"What is frustrating for me is the way the sport is at the moment, with a team or two teams being able to compete for the top and then there is a big margin behind you.

"If you're not in those two teams, it's very difficult. You're in the same position as everyone else around you." 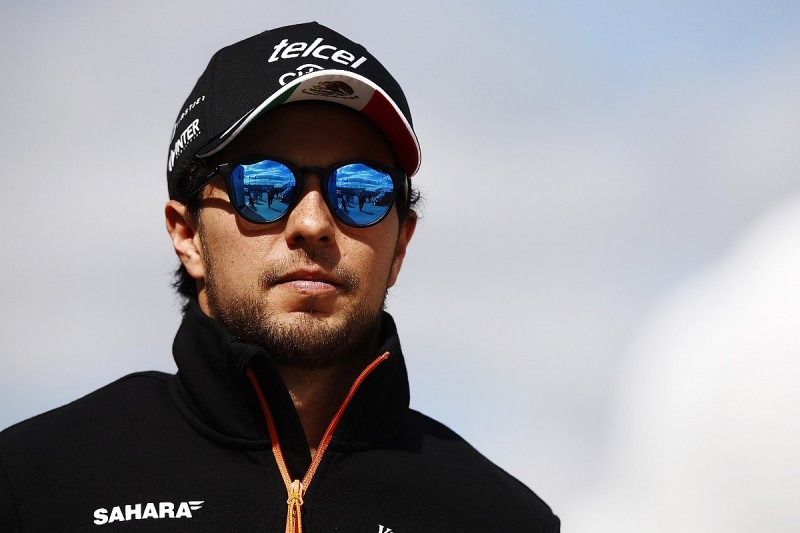 Perez, who is currently in his fourth season with Force India, said in Hungary that he hoped to have a 2018 deal in place when the championship resumed this weekend at Spa.

But speaking at Spa, Perez said that has not happened.

"In life, you want many things," added the Mexican, who is believed to be on the radar of at least two rival teams.

"There has been a lot of development. Obviously, during the summer break, everyone takes a break and it's been very difficult to be in touch with the people, including myself as well.

"[There is] not a lot of news to report on that. Soon I can give you some more information but right now, there is nothing new."

Perez remains hopeful of a speedy conclusion but, as was the case last year, needs commercial deals with his sponsors to be put in place.

"I'm quite close [to agreeing a deal]," said Perez, who is seventh in the drivers' standings as the best-placed driver not in a Mercedes, Ferrari or Red Bull.

"Every deal I do involves my Mexican sponsors. Right now, they are in discussions.

"Hopefully soon, we can be in a position to announce something.

"It won't take too long. Hopefully once we go into Asia, I'll have my future secured, but I'm in no hurry.

"I know I'm in a good position. I want to focus on extracting the performance out of the car and have good weekends."