Perez was handed a five-second penalty for going off track and gaining an advantage at the start, despite going around the outside of the Turn 3 bollard as instructed by race direction at the start of the weekend.

The Mexican, who started 14th, said he was confused by the penalty because he felt had followed the instructions accordingly.

"I don't understand why I got the penalty," said Perez, when asked by Autosport about the incident.

"I did what I'm supposed to do, which is to go around the bollard and you are meant to go slower, but apparently I gained an advantage.

"I have to review to see what I did wrong, but from my point it's so hard to judge where you are on track.

"I ended up behind Hulkenberg, which is where I started, where I was into Turn 1, so I just have to review that.

"If you go around the bollard you are meant to lose a lot of time. It's what I did.

"It's a pain in the arse to have to go around the bollard, but I stuck to the rules and I still got the penalty.

"The rule is clear. If you are out for whatever reason you just have to go around the bollard.

"It's what I did, but... I think probably going around the bollard is not slow enough, so we have to make it slower." 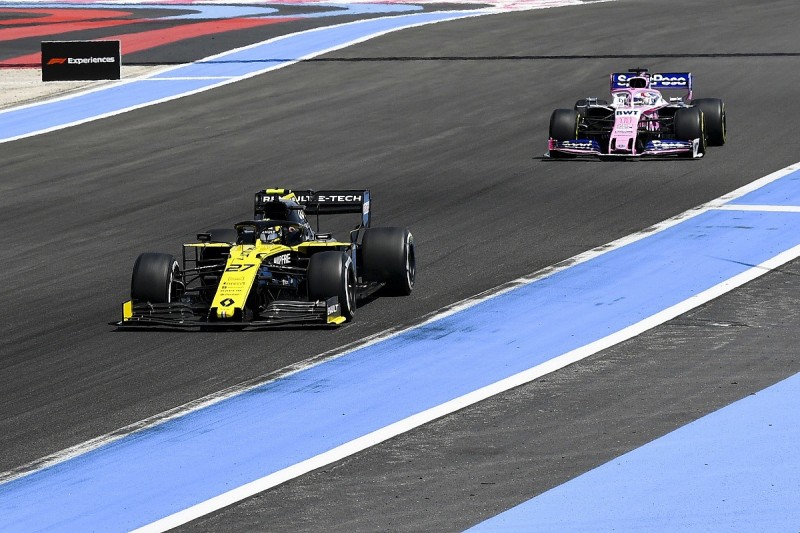 Perez ended up 12th and has not scored points since finishing sixth in the Azerbaijan Grand Prix at the end of April, but felt the penalty robbed him of a "deserved" points finish.

"I think we had good form," he added. "We were close to the Renaults and Alfas.

"In race pace we were a lot closer today and we deserved some points. But yeah, the points were taken away from us.

"It's very promising the pace that we had in the race, so I'm pleased with that.

"We were a lot closer and we'll see what we can do better next week. Hopefully we get back to the points."