Pastor Maldonado's retirement from the Belgian Grand Prix was caused by a 17G impact with the kerbs at Eau Rouge, his Lotus Formula 1 team has revealed

The Venezuelan went off track on lap two, damaging his clutch control system and forcing him into retirement for the seventh time in 11 races this season.

Although Lotus knew immediately that a driver error had caused the mechanical problem, it only revealed the strength of the kerb impact on Friday.

"We are still checking all the parts but he had a big excursion at Eau Rouge and hit some kerbs very hard which gave the chassis a 17G impact," said technical director Nick Chester.

"That looks to have effectively knocked the power off the car and although he managed to get the power back on, it looks like we might have damaged the clutch control valve.

"Even though we may have been able to reset it when Pastor came back to the pits, we looked at the extent of the damage and decided to retire the car."

Lotus's cars and equipment were initially prevented from leaving the circuit on Sunday after former reserve driver Charles Pic acquired an attachment order from a Belgian court having claimed the team failed to honour his contract with it last season.

AUTOSPORT understands the cars are being rebuilt overnight and into Saturday when they will be ready to travel to Monza for the Italian GP as per the team's normal schedule.

While Maldonado failed to make it past the second lap at Spa, his team-mate Romain Grosjean enjoyed more success as he scored Lotus's first podium of the season with third.

And the Frenchman believes the Italian GP could prove to be an even stronger race for the Mercedes-powered team.

"On paper, Monza should suit our car better than Spa so in theory a podium could be possible again," said Grosjean.

"Of course, we don't know how our performance relative to our rivals will stack up until we get there, but I'm certainly going out for the strongest result possible, as I always do."

Chester echoed Grosjean's comments adding: "I think the potential is quite good.

"The cars have performed well at medium downforce tracks like Montreal and Spa.

"Monza is a step lower downforce that we never run anywhere else.

"The car seems to be efficient heading down to these kinds of levels.

"The E23 also has good braking and is reasonably well set-up for low drag. It should go quite well in Italy." 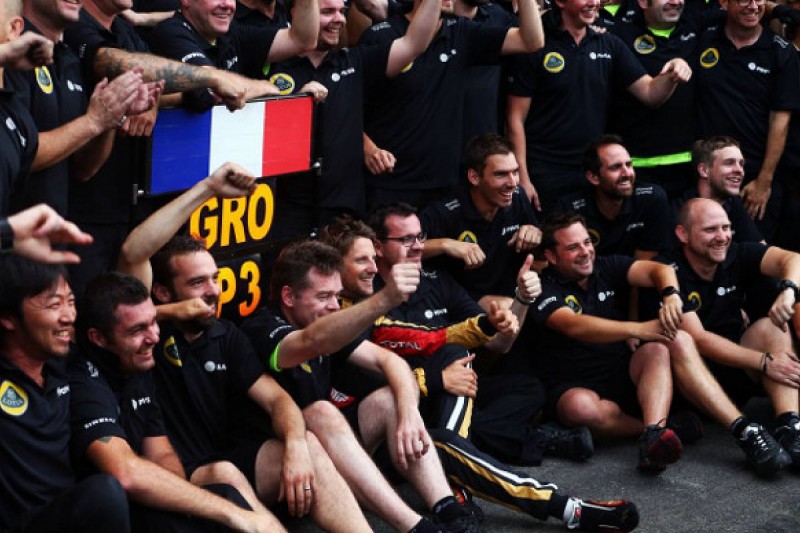 Valtteri Bottas admits he expected more from Williams F1 in 2015