Lotus has suffered a disastrous start to 2014, after being in contention to finish third in the constructors' championship until the final race of last year.

Its twin tusk E22 was unreliable and off the pace across the first three races, but showed signs of improvement at the most recent grand prix in China, as Grosjean ran inside the top 10 before a gearbox problem forced him out after half-distance.

The Franco-Swiss driver revealed that Lotus only began refining the set-up on the E22 during Friday free practice in China, after previously heading down a blind alley with settings from last year's successful E21 design.

"We started a little bit on the back foot with baseline set-up, which wasn't the ideal for this year's regulations," Grosjean told AUTOSPORT.

"It was very difficult to drive and not very efficient.

"They [the rulemakers] changed tyres, aerodynamics and power unit and we kept the direction we had last year, which was very good with E21 but didn't quite work with the E22.

"We have ideas now on how to set up the car to make it easier to drive. We just have to keep working."

Lotus team owner Gerard Lopez revealed that Grosjean would have been even more competitive at Shanghai had he not encountered issues with the diffuser stalling and robbing the car of rear downforce.

Grosjean told AUTOSPORT he had not driven a more difficult car in his career than the pre-China E22.

"It was very unstable and unpredictable," he added.

"The front is less obvious on TV but it was both ends. We didn't even know which one was going to slide! 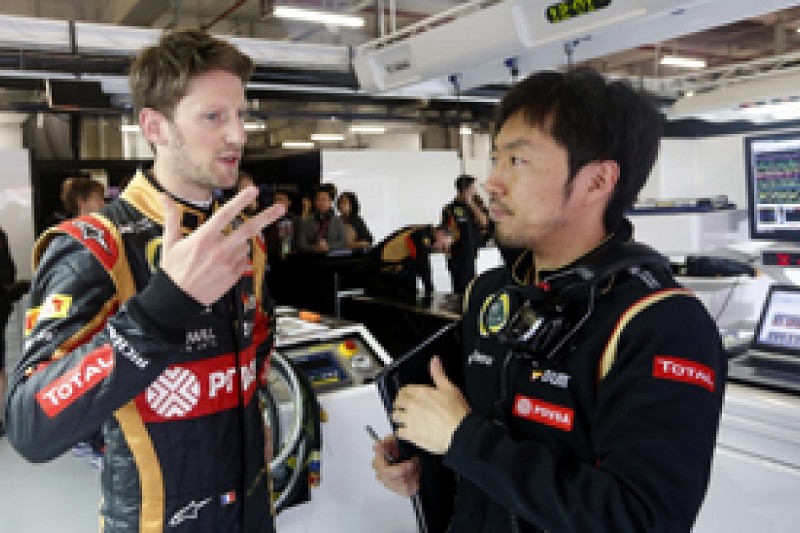 "It was down to last year's set-up not working for this year's regulations and the aero not working as we wanted. It's all linked.

"We had a big improvement in China, but it's not only one thing we changed; in the end it's a lot of things that make a good car."

With Lopez reckoning engine supplier Renault brought improvements to China worth two seconds per lap to Lotus, and more tweaks planned before next month's Spanish Grand Prix, Grosjean is hopeful he can return to the sort of form that carried him to six podiums last season.

"I'm sure there's more potential in the car than what we are seeing right now," he said.

"You never know. It goes quick in one direction and goes quick in the other [sometimes]. It's just work and getting things together.

"If we can move forward from there it would be nice to be back on the podium."

Nico Rosberg will bounce back against Lewis Hamilton - Niki Lauda