Esteban Ocon says warnings he was given about potential trouble he could face as Fernando Alonso’s Formula 1 team-mate have proved to be completely wrong.

Alonso made his comeback to grand prix racing this year with Alpine, having left F1 at the end of 2018 following a career where he earned a reputation as being pretty ruthless with his team-mates.

For Ocon, the prospect of going up against the two-time F1 world champion was going to be a pretty big challenge on the track – and he was well aware that it may not have been easy to handle out of the car too.

But he says concerns that were aired to him by a number of people about the prospect for trouble in being Alonso’s team-mate proved very wide of the mark. Instead, he says the pair have gelled incredibly well.

“I had a lot of things coming from many different people, warning me and telling me what they heard from the outside and all that,” said Ocon, when asked by Autosport about the relationship with Alonso.

“But it has to be said, I don't have any of those issues. Inside the team the atmosphere is great and we are working all together, sharing information as we need to.

“Okay, we're not fighting for one and two in the world championship, so maybe it would be different.

“But now, there haven't been any of those [problems]. I'm glad to be to be working with Fernando, I think we have a good relationship and it's been going great.” 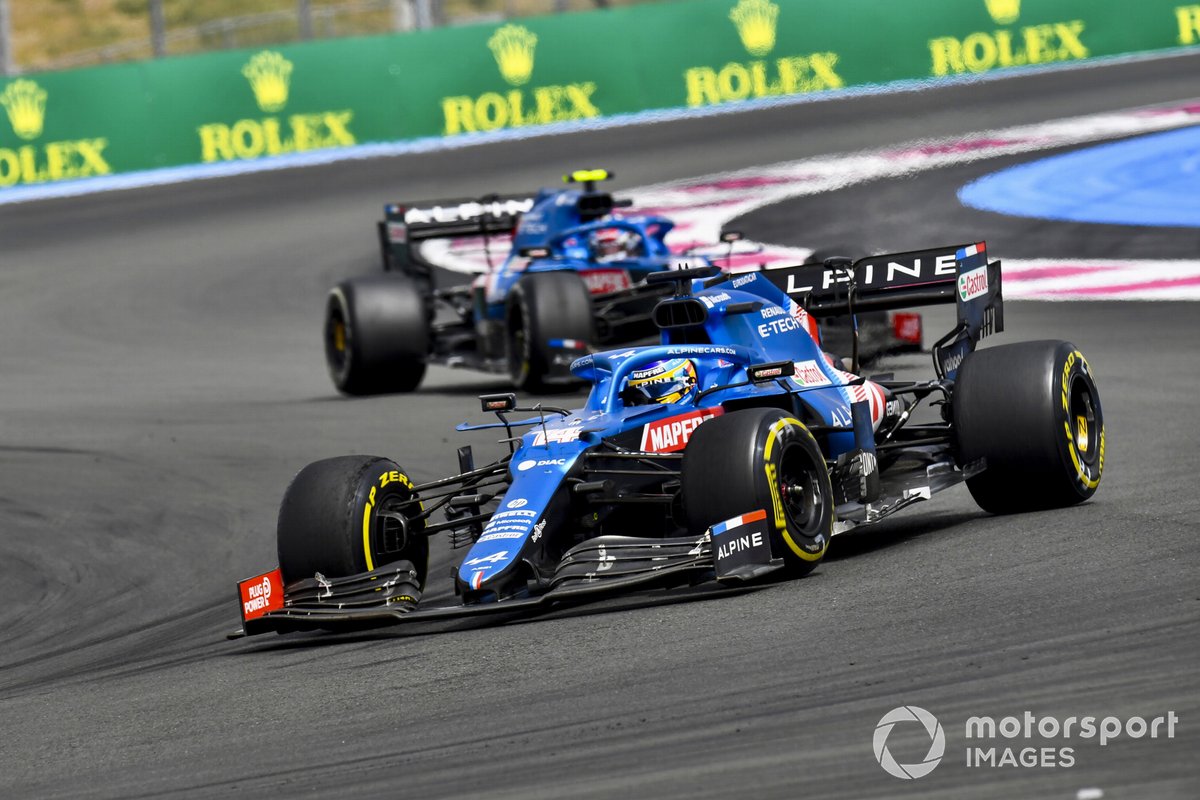 After Ocon’s triumph at last weekend's Hungarian GP, Alonso stuck around in parc ferme to congratulate his team-mate on his maiden F1 triumph.

And it was not lost on Ocon himself about the critical role Alonso played in holding up Lewis Hamilton for several laps in the closing stages to help delay the world champion’s potential charge to the front.

Speaking after the race, Ocon said: “I want to say a special thanks to Fernando who has been fighting like a lion in that race, because that probably contributed also to giving us a gap, giving us a bit of a breather.

“I said it to many different press out there, I received a lot of bad comments about Fernando before he joined the team and I tell you that we are forming a great duo together, we are pushing the team in the same direction. Hopefully it’s the first win of many for us and hopefully we can share a podium in a short time.”