The Aston Martin Formula 1 team has confirmed its intention to push ahead with the appeal against Sebastian Vettel’s exclusion from the Hungarian GP.

In addition the team has requested a separate process, a right of review, and says that it has “discovered significant new evidence” that was not available on Sunday night.

The right of review is likely to take place ahead of any appeal hearing as it is possible that the original decision could be changed. It will involve the original stewards who served in Hungary.

Vettel was excluded from his second place finish after the FIA was unable to retrieve the required one litre sample of fuel from the car for post-race testing.

After the decision was communicated the team filed a notice of intention to appeal, giving itself 96 hours – until Thursday evening – to consider its options and decide whether or not to proceed.

In order to preserve the evidence the FIA impounded Vettel’s car and transported it to its technical facility in France.

The team’s data indicated that given the amount of fuel in the car and what had been logged as used by the FIA’s fuel-flow meter there should have been 1.74 litres left in the tank, but only 0.3 litres could be pumped out, leaving 1.44 litres unaccounted for.

It's thought that the appeal could focus in part on the team being allowed to replace the pump with an identical new one, and thus having another go at getting the fuel out of the car. 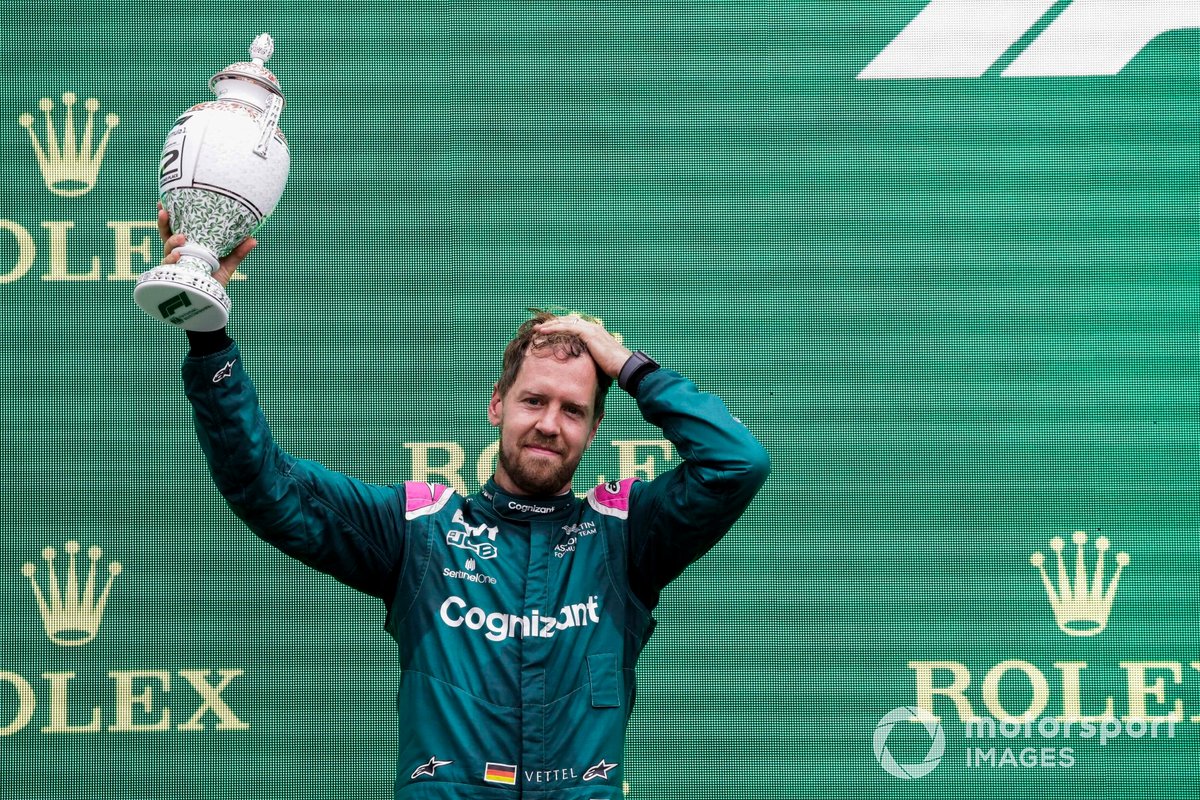 A team statement issued on Thursday read: "After Sebastian Vettel’s drive to second place on the road in the Hungarian Grand Prix on Sunday August 1, he was disqualified from the results when a 1.0 litre sample of fuel was not able to be taken from his car after the race (a requirement as set out in the FIA Formula One Technical Regulations).

"There was and is no suggestion that Vettel’s Aston Martin Cognizant Formula One Team AMR21 car benefited from a performance advantage from the alleged regulatory breach, or that it was deliberate.

"Since the team’s data indicated that there was more than 1.0 litre of fuel in the car after the race – 1.74 litres according to the data – the team immediately reserved its right to appeal, and has requested a right of review alongside the appeal procedure, as a result of having discovered significant new evidence relevant to the sanction which was unavailable to it at the time of the FIA stewards' decision.”