Esteban Ocon wants to change the “maximum possible” number of parts on his Alpine Formula 1 car before Silverstone in a bid to solve his recent struggle for form.

Ocon started the season strongly for Alpine, scoring points in four consecutive races from Imola to Monaco and outqualifying two-time F1 world champion team-mate Fernando Alonso at each of those events.

But the Frenchman has failed to record a top-10 finish in any of the last four rounds, and was eliminated in Q1 for the Red Bull Ring races after qualifying 17th on both occasions.

By comparison, Alonso has scored points in every race through the same period, recording Alpine’s best result of the season by finishing sixth in Baku.

Ocon felt his first-lap retirement in the Austrian Grand Prix last Sunday was “the consequence of starting further back”, and that his focus was now on “restarting from zero” at the British Grand Prix next week.

“We see a few things, and we are seeing some deficit, but it is hard to place the finger on exactly what it is,” Ocon said when asked about the gap in performance to Alonso.

“We will start from fresh in Silverstone, change as many parts as we can on the car, and hopefully come back much stronger.

“For sure, to be one second slower on the first run [in qualifying] compared to Fernando, it is too big, the difference. There’s definitely something that was not working right, and that we need to understand.”

Ocon said that changing “the maximum possible” number of parts would offer “one doubt less” after reporting in qualifying that the car felt well-balanced despite the lack of pace.

“There’s still a few more days to think about it, think about what we can do,” Ocon said.

“And yeah, restart as fresh as we can be, because obviously the deficit and the performance that we had was not good enough this weekend and last weekend.” 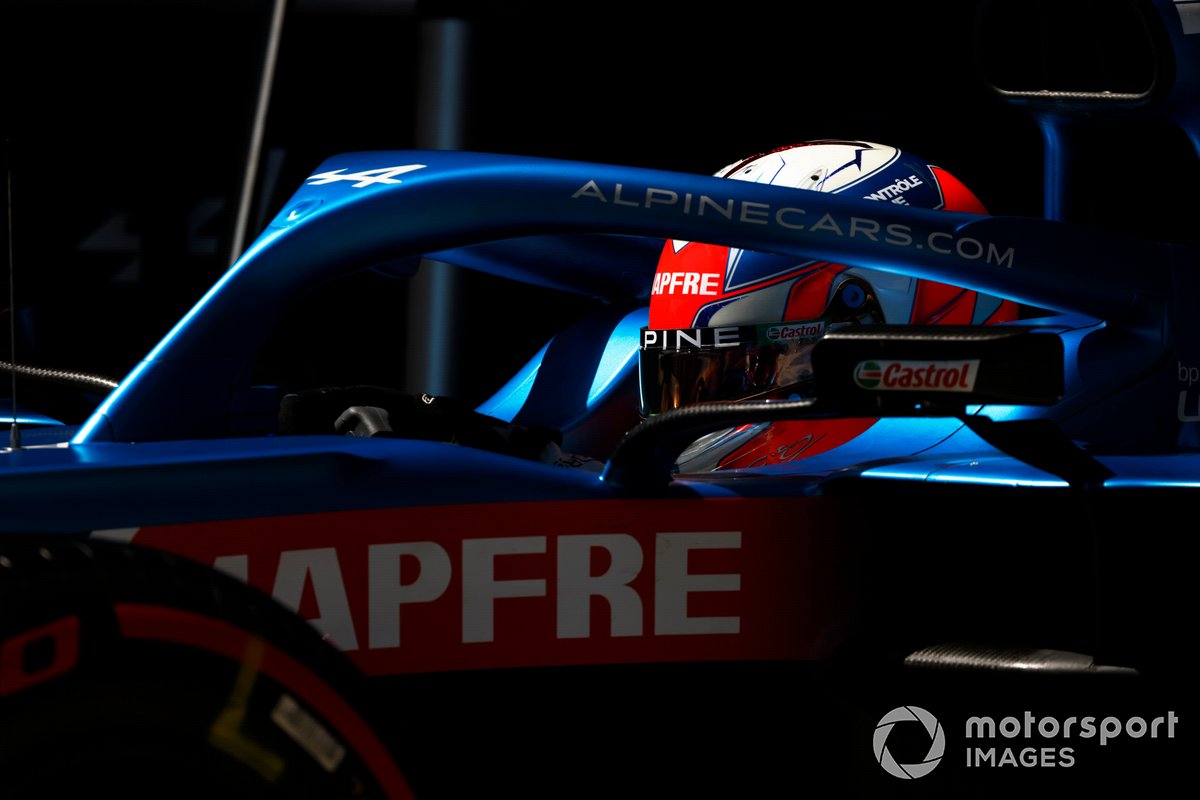 Ocon’s impressive start to the season paved the way for Alpine to strike a new three-year contract with him starting in 2022, locking him in for the long-term future.

But Ocon said the fact his dip in form came since his new contract had been agreed was purely a coincidence and that his motivation remained unchanged.

“I’m really determined to do well and to push as hard as I can for the team,” Ocon said.

“I am putting [in] as much work as I was doing earlier this season, I’m going to the factory as much and I’m just giving it my all like I was before I signed the contract.

“It has nothing to do with the performance we have at the moment.”