Domingos Piedade, a leading light in Portuguese motorsport and a long-time boss of AMG, has passed away at the age of 75 following a battle with cancer

Piedade held several key roles over the years, and was regarded the most prominent motorsport figure in his native Portugal. However, he spent most of his working life based in Germany, having studied there, and held dual nationality.

A charming multilinguist, Piedade worked with or was close to many top drivers, including Emerson Fittipaldi, Nelson Piquet and Michele Alboreto.

He was part of Ayrton Senna's management team in the early part of the Brazilian's career (the two are pictured above at Brands Hatch in 1981), and got to know Michael Schumacher when he was still in karting. He helped to steer the careers of several other drivers, including countryman Pedro Lamy.

The son of a fruit and vegetable trader, Piedade was introduced to motor racing aged 12 because the father of a friend of his raced cars. His first major role was as Fittipaldi's manager and right-hand man, a job he took on in 1972, and which continued into the Copersucar team years.

He was best known for the huge contribution he made at AMG. When he joined he was one of 46 employees of what was then a small tuning concern and, by the time he left 27 years later - after becoming vice-president - the company employed 1200 people and was part of the Daimler group. During that spell he oversaw AMG racing programmes, working closely with the drivers.

Piedade also has a spell as team manager at Joest Racing in the World Sportscar Championship, and was a key part of the team's Le Mans wins in 1984 and '85.

He was involved in bringing a Grand Prix to Estoril in 1984, liaising between race organisers, Bernie Ecclestone and the FIA, and is also credited for having introduced the medical car to F1 at that event. 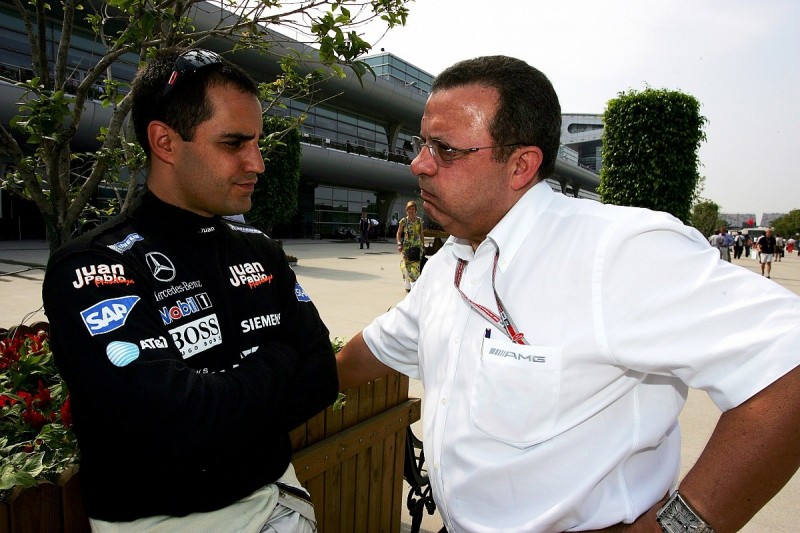 In 2007 Piedade returned to Portugal and took up a role as president of Estoril, at the invitation of the country's minister for sport. He also worked as a popular F1 pundit for TV and radio for many years.

Former Mercedes GT racer Alex Wurz was one of the first to pay tribute to his former boss.

"I got my first racing pay check signed from him in 1997 at Mercedes AMG," the Austrian wrote on Twitter. "He was a great man, and will always be remembered as one."