McLaren's Lando Norris says that the Mugello circuit is an "awesome" addition to the 2020 F1 calendar, but says the high-speed Italian circuit is unlikely to see much overtaking

Norris raced both at Mugello and fellow new venue Imola when he was competing in the local Formula 4 series in 2015.

He says Mugello's quick corners will make it physically challenging for the drivers, but the track lacks an obvious passing opportunity.

"It's very high speed, or medium to high speed corners, no real tight chicanes, almost like Austria in some ways, without the big braking zones on top of it.

"These high speed, medium speed corners test the physical attributes of the driver to the limit, this is F1 to the limit in terms of how quick F1 cars are around these types of corners.

"It may not be the best for racing, I don't know if you'll probably see any overtakes between Turn 1 and the last corner, so I think it's almost going to be like Hungary in some ways. 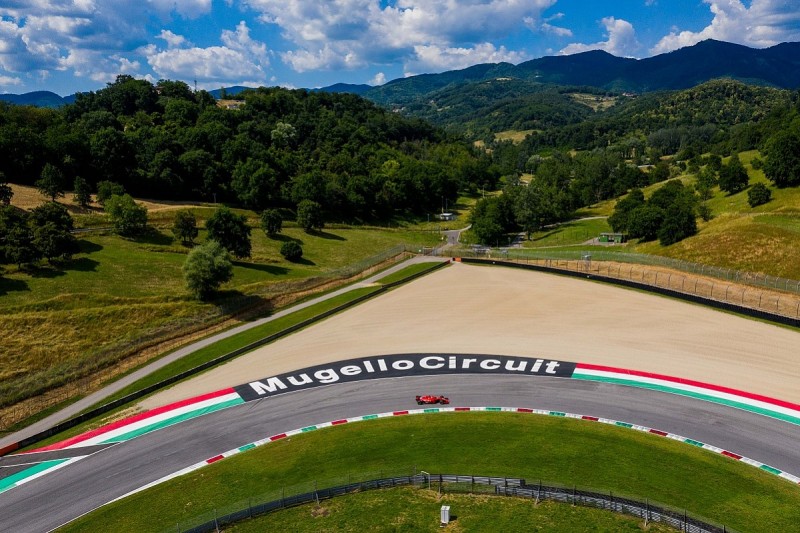 "But at the same time it's an awesome track, so qualifying I think will be incredible.

"I think any new track, any track that you just haven't been to for a while or is new to the category that you're in, is exciting. So this is something different, different from the norm.

"You don't go there knowing exactly what you have to do setup-wise and it puts you in a slightly more vulnerable position.

"It's kind of more challenging, and I think that's very exciting."

Red Bull Racing boss Christian Horner also said that the track will be a challenge, having raced at the venue during his first season of Formula 3000 during his time as a driver.

He finished that race in 17th, and was won by future-F1 driver Ricardo Zonta.

"I raced at Mugello back in 1997," he said. "It was a great circuit then, and I don't think it's changed in layout too much.

"It's a fantastic track, fast and demanding, and it will sort the men from the boys.

"I think it will be a good addition to this year's calendar."