Lando Norris believes McLaren's impressive form in Melbourne is chiefly due to its MCL36 Formula 1 car suiting the Albert Park track after qualifying fourth on Saturday.

McLaren endured a miserable start to the season in Bahrain as both Norris and team-mate Daniel Ricciardo failed to score any points, having struggled to compete with majority of the midfield teams.

Progress was made in Saudi Arabia one week later as Norris finished seventh, but the team made a big step forward in Australia as the British driver qualified fourth, only trailing Ferrari's Charles Leclerc and the Red Bull duo of Max Verstappen and Sergio Perez.

Ricciardo also reached Q3 for the first time this season, taking seventh on the grid for his home grand prix.

Norris felt there was a "split" in explaining the reason for McLaren's step forward in Australia, but that most of it was down to the track layout suiting the car's strengths.

"There are some things which we have done well, and we still managed to extract naturally a bit more performance out of the car by understanding a few more things, and going a little bit more in a different direction with the set-up," Norris said.

"But at the same time, I think the majority of it is just the track. We've not brought anything that has changed much, and it's not like we can do that much more with the set-up to make it go a lot quicker.

Ricciardo felt that while there were similarities between the track in Jeddah and Melbourne that suited McLaren, he believed the team was "starting to get on top of the car a little bit more".

"It's not like we brought something crazy different this weekend," Ricciardo said.

"I think it's still probably more of a track dependent performance at the moment.

"But yeah, I think we're building good confidence with the car and being able to push it, getting closer to the limit. That also helps." 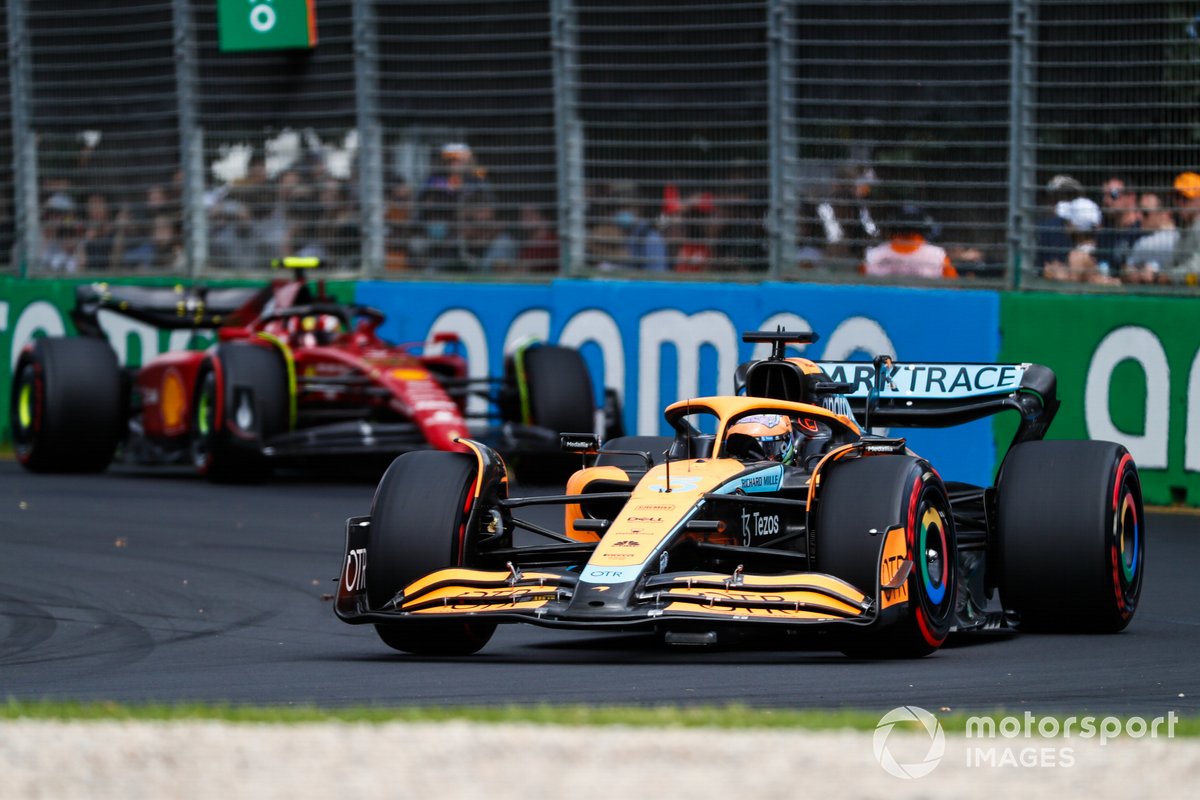 McLaren team principal Andreas Seidl acknowledged the importance of the track layout working to the car's strengths, but also felt the small upgrades brought to Melbourne had aided its progress, as well as an improved understanding after losing ground during pre-season testing.

"There are three main reasons why we have been again a bit more competitive compared to Jeddah," Seidl said.

"For sure, it's the track layout which suits our car more with the current package that we are having, this more fluent track layout similar to Jeddah as well.

"Then I think in terms of performance, we brought some small upgrades which worked, and every little bit helps.

"But then also we shouldn't forget that we started the season really on the back foot, with missing out on a lot of laps at the Bahrain test.

We had to learn still a lot about this new car in the first two race weekends, and we've had now the chance to apply these learnings.

"That's where performance is also coming from. And I think if you put that altogether, that made us again a bit more competitive here, which is great.

"It's simply a great reward, a boost also for the team, to simply keep going and keep working hard to bring more performance to the track."