After a poor start to the 2022 season where McLaren was well off the pace at the season opener in Bahrain, the Woking-based team has staged an impressive recovery to haul itself closer the front.

At an Imola track where he also finished third last year, Norris qualified third in the rain-hit Q3 session on Friday.

Although he dropped down to fifth in the sprint, a consistent drive on Sunday netted him his first podium finish of the campaign behind the Red Bulls of Max Verstappen and Sergio Perez.

Norris had run fourth in the closing stages when Charles Leclerc's spin at Variante Alta forced the Ferrari to the pits for a new front wing.

Norris said that to have netted a podium after outqualifying Perez and Leclerc's team-mate Carlos Sainz, who was unable to participate in Q3 due to a Q2 crash, had not been anticipated as he headed to the weekend.

Asked if it was a surprise to follow Red Bull home, Norris said: “Yeah, of course. It was an amazing race and amazing weekend to be honest.

“To beat one Red Bull and one Ferrari is much better than we're expecting always, so I'm happy. The team deserve it.

“From where we were in race one, to now scoring a podium, I think they all deserve it. So top job to the team.” 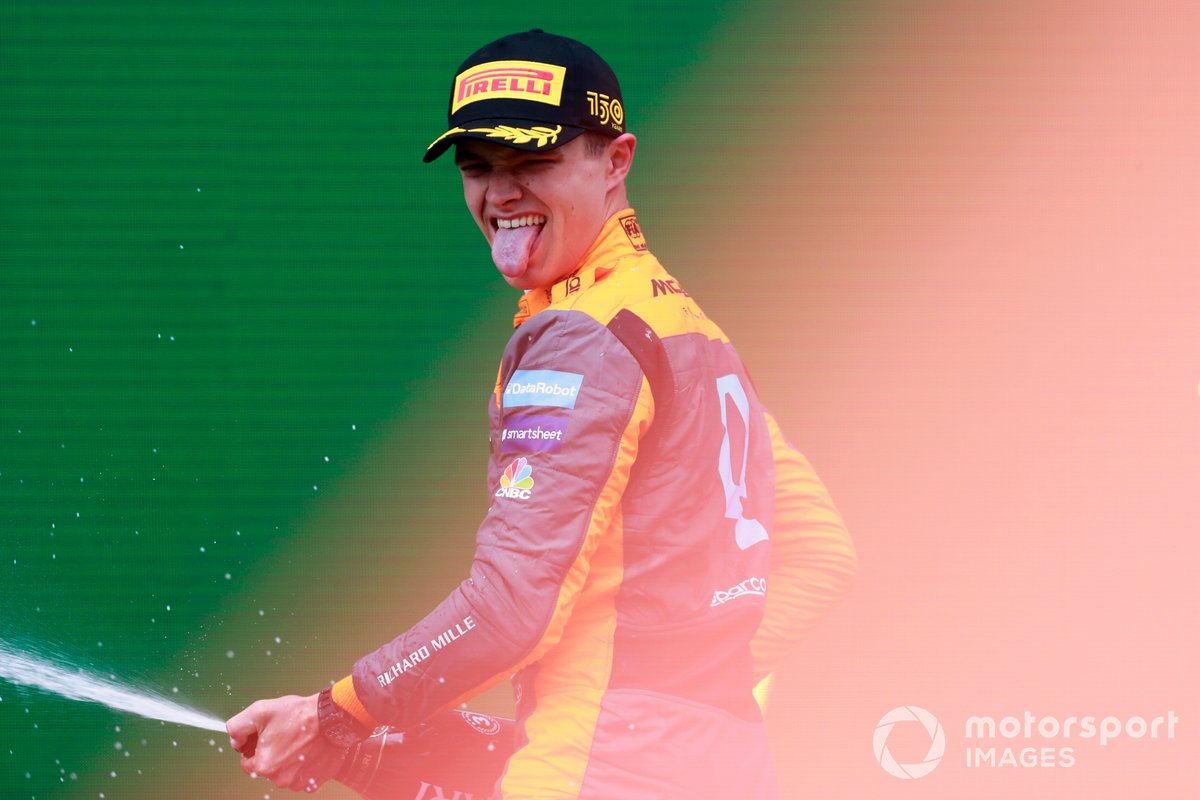 While Norris was helped to the podium by several front runners hitting trouble, the Briton says McLaren should be given a lot of credit for the efforts it had made to make the MCL36 more competitive.

Pushed on where the return to form had come from, Norris said: “I mean, the boring answer is it's just hard work.

“There is a lot of a lot of time and effort everyone's putting in back in the factory and here.

“It was a mixture of this and the tricky conditions this weekend. So we've been able to capitalise on that as well.

“I love these conditions. So I always do quite well, and it was the same last year pretty much.

“It’s a mixture of just hard work and a great weekend, and it all pays off.”

Leclerc: 'Paid the price for being too greedy' with Imola F1 spin