Lando Norris was spared a harsher penalty for his red flag infringement in Baku Formula 1 qualifying due to “mitigating circumstances” despite his protests the sanction was too strict.

Norris was hit with a three-place grid penalty for the Azerbaijan Grand Prix after failing to enter the pitlane when a red flag was shown during Q1 on Saturday.

Norris also received three penalty points on his FIA superlicence, taking him up to a total of eight for the 12-month period.

The McLaren driver was frustrated by the penalty, calling it unfair as he felt he had done the safest thing, and that there needed to be “some more leniency” in situations.

But FIA F1 race director Michael Masi took a dim view of Norris’s complaints, believing it was obvious that he should have come straight into the pits when the red flag was shown.

“From karting all the way through to Formula 1, when a red flag is displayed, the meaning of that is very clear: slow right down, and come to pitlane immediately,” Masi said.

“So that there, there’s no ambiguity from a six-year-old who is in their first karting event through to Formula 1.

“It’s consistent across all circuit racing around.”

McLaren team principal Andreas Seidl shared Norris’s frustration over the grid penalty that dropped him from sixth to ninth, saying ahead of the race there needed to be more flexibility in the rules.

“Not having the possibility to receive a reprimand, for example, for that, if there needs to be a penalty, it’s disappointing,” Seidl said.

“But in the end, it is what it is, there’s no point wasting any more energy on it.” 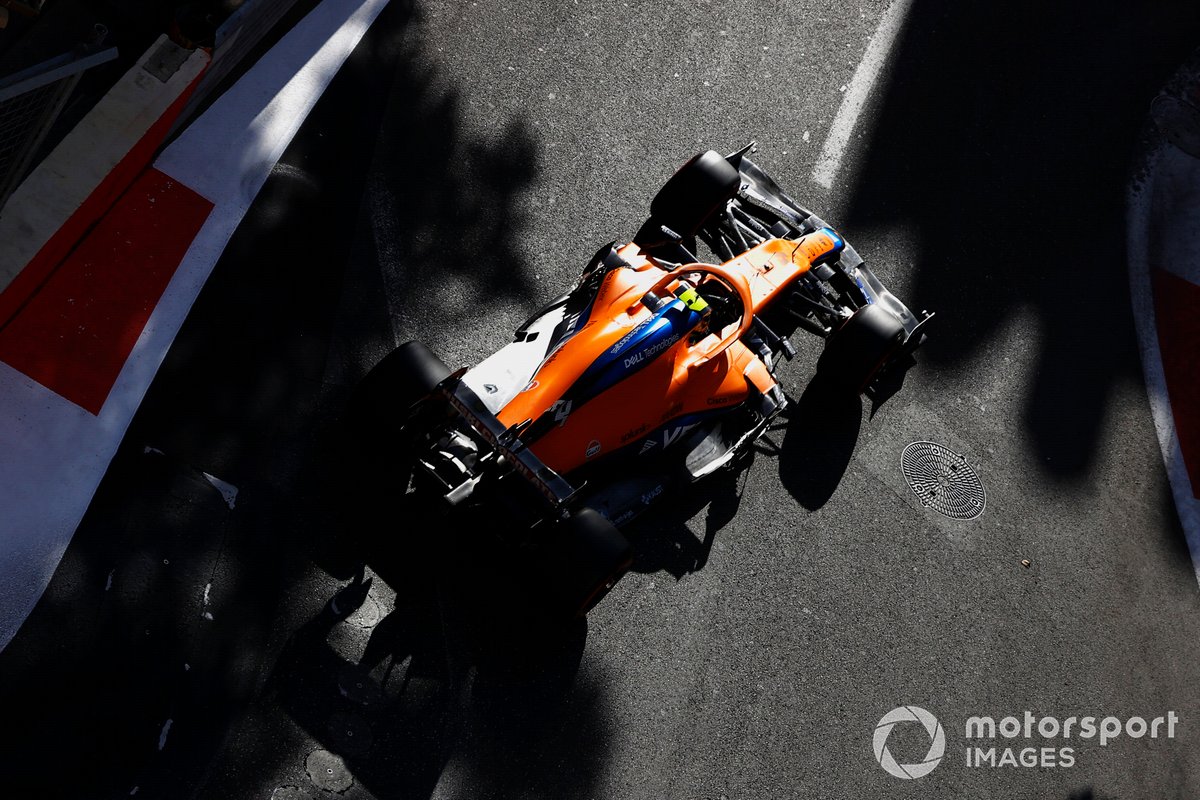 The initial ruling from the stewards noted that a five-place grid penalty would normally have been applied, but that it was reduced to three because Norris was so close to pit entry, giving him less time to react and come into the pits.

Masi explained that the mitigating circumstances had been correctly applied, but the stewards felt the three penalty points remained appropriate.

"With regards to the penalty points and the actual penalty itself, obviously the stewards can apply any of the penalties and any penalty points that they see appropriate in an incident,” Masi said.

“Yes, they do have a guideline to use, but in this circumstance, they saw that it was fit to not apply what the guidelines said because of the mitigating circumstances, which was a harsher penalty.

“However, with regards to the penalty points, they felt that it was appropriate, being a red flag infringement.”