The British Grand Prix has nine months to secure its Formula 1 future beyond 2019 as it has become "too expensive", BRDC president Derek Warwick has revealed to Autosport

Silverstone has a contract to host the British Grand Prix through to 2026, with a break clause inserted that comes into effect after the race in '19, and can be exercised by the circuit or F1 supremo Bernie Ecclestone.

It has emerged for that break clause to become operational, notice has to be served to Ecclestone before next year's race, which has been slated for a July 9 date on the provisional 2017 calendar.

Warwick concedes the 5% escalator clause inserted into a deal that was agreed in December 2009 has now become a financial burden to the circuit.

"We're looking at where we are going to be in 2019, whether or not we still want the grand prix, and whether we can push Silverstone forward without the grand prix," Warwick told Autosport.

"We've supported the British Grand Prix now for many years without any kind of third party support or government support.

"We've spent over £50million building the Wing, changing the circuit, and doing everything Bernie wanted in order to secure the grand prix.

"But now we are in a situation where the escalator [clause] has become too expensive for us."

Warwick confirmed the break-clause option may be utilised, but that time is pressing.

"So we've got nine months to push the break clause through, or maybe Bernie will. You never know, you know what he's like." 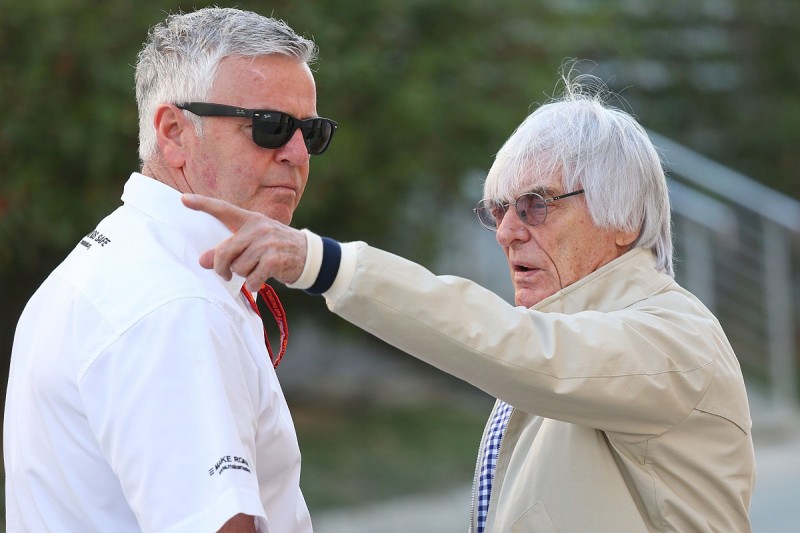 The BRDC is currently negotiating with four parties interested in purchasing the circuit, and any one of those may yet come to Silverstone's aid.

A potential deal with Jaguar Land Rover is still on the table, along with bids from Ginetta owner Lawrence Tomlinson, Jonathan Palmer's MotorSport Vision and a fourth unknown entity.

Asked about the prospect of a new owner saving the British GP, Warwick replied: "It really depends if they've got big pockets.

"Where we are at the minute with the BRDC and Silverstone, I've never been as excited as I am today.

"We've two or three deals I feel are absolutely fantastic for the club, and which will allow us breathing space to develop Silverstone in a different way than you see now.

"Now that might be with, or without, the grand prix.

"At the end of the day it is numbers. We've done our best to support and secure the British Grand Prix.

"But maybe in order to take it further we need a bit more additional support from third parties."