An emotional Rosberg announced the end of his F1 career on Friday ahead of the FIA Prize Giving in Vienna, but he said he started thinking about the possibility of retiring after the Japanese Grand Prix.

"This year was extremely tough because I put absolutely everything into it, I didn't leave a stone unturned from Austin last year really where I suffered a lot after that loss," he said, in reference to when Lewis Hamilton was crowned 2015 champion at the US GP.

"So I pushed like crazy in all directions and along with everybody who was involved, which was also my family, a lot of sacrifices.

"She was always there to support to make it as easy as possible and that's just one example of the commitment we all put into it.

"I've achieved this childhood dream and I'm not willing to do that sort of commitment again for another year and I'm not interested in coming fourth or whatever.

"I'm a fighter and I want to win. I'm not interested to do that again, I don't want to do it again.

"So I've decided to follow my heart and my heart has told me to stop there and call it a day and go onto other things." 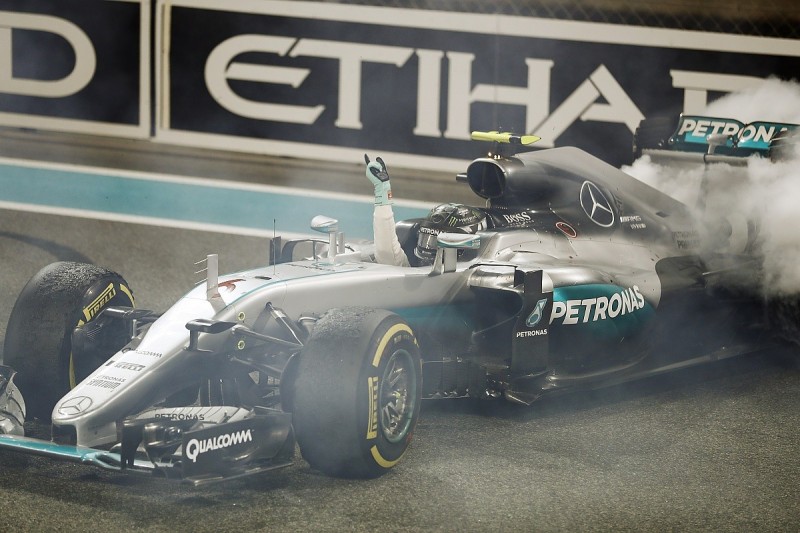 ON TOP OF THE MOUNTAIN

Rosberg said he felt bad for the situation it leaves his Mercedes team in, but that boss Toto Wolff had understood his decision.

"Now I've made it. I have climbed my mountain, I am on the peak, so this feels right," he said.

"The only thing that makes this decision in any way difficult for me is because I am putting my racing family into a tough situation.

"But Toto understood. He knew straight away that I was completely convinced and that reassured me.

"My proudest achievement in racing will always be to have won the world championship with this incredible team of people, the Silver Arrows."

With thoughts of retiring in his mind from the moment his Japanese GP win put the destiny of the world championship in his hands, Rosberg said he finally decided to stop the day after he won the title.

"When I won the race in Suzuka, from the moment when the destiny of the title was in my own hands, the big pressure started and I began to think about ending my racing career if I became world champion.

"On Sunday morning in Abu Dhabi, I knew that it could be my last race and that feeling cleared my head before the start.

"I wanted to enjoy every part of the experience, knowing it might be the last time... and then the lights went out and I had the most intense 55 laps of my life.

"I took my decision on Monday evening. After reflecting for a day, the first people I told were my wife and Georg [Nolte, from his management team], followed by Toto.

"Now, I'm just here to enjoy the moment. There is time to savour the next weeks, to reflect on the season and to enjoy every experience that comes my way.

"After that, I will turn the next corner in my life and see what it has in store for me."